Vettel: A picture is one thing but time will tell 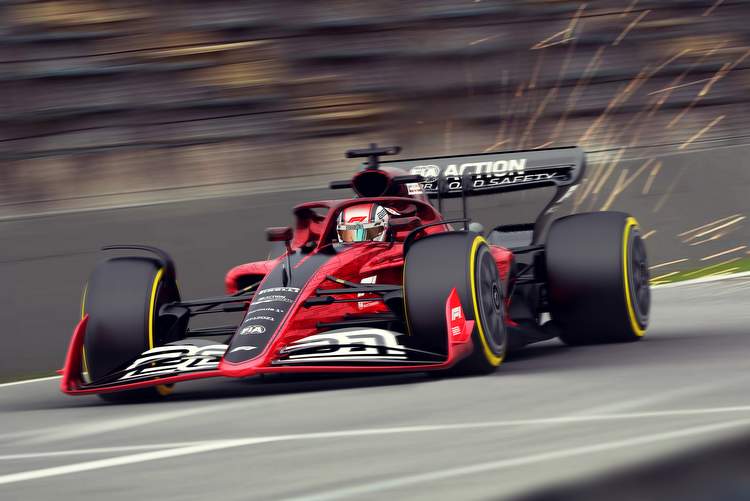 Formula 1 revealed the car for the future of the sport and new regulations amid great fanfare this but reaction from the drivers has been somewhat muted.

With a mock-up of the new-look car, which will be on the track in 2021, unveiled at the Circuit of the Americas, Ferrari’s four-times world champion Sebastian Vettel suggested it will take something more than some “fancy pictures online” to win him over.

“On paper the ideas are always great but I think it will materialize a little bit more in the coming weeks,” the German told reporters ahead of Sunday’s United States Grand Prix.

“I would have liked a different engine. No matter how they look, if they are fun to drive and allow us to follow closer than that will be a success. A picture is one thing, but time will tell. ”

The dramatic overhaul of the sport is aimed at producing closer and cheaper competition.

The new technical, sporting and financial rules include a budget cap of $175 million for each team, about half what some of the top outfits such as Mercedes, Ferrari or Red Bull spend at present but still much more than some others can muster.

Driver salaries, marketing costs, non-Formula One activities and the wages of a team’s three highest-paid executives will not be included in the cap.

They were earlier approved unanimously by the governing FIA’s World Motor Sport Council, with talks continuing over governance and profit-sharing.

While the biggest changes come in a restructuring of the financial regulations, it was the car that will attract the most attention. It will be some 25kg heavier, with simpler front wings, no bargeboards and bigger wheels.

Formula One’s managing director for motorsport Ross Brawn acknowledged the new cars would be slower than the 2019 ones, but still quick and closer to the levels of performance seen in 2016 as well as easier to follow and overtake.

“For us it is still early days,” cautioned Red Bull’s Max Verstappen, who will be driving in his 100th Grand Prix on Sunday. “At the end of the day it doesn’t really matter what the car looks like as long as it gives us better racing.

“Of course we want to be within two seconds, three seconds of what we are doing now definitely if it is going to be four or five that is not what we want because that just feels too slow. Let’s just find out over time how it is going to work out,” added the Dutchman.

For the teams toiling behind the dominant trio of Mercedes, Ferrari and Red Bull, the new regulations represent a chance to finally battle for podium rather than fighting to be the best of rest each race week.

“The 2021 regulations don’t mean we are going to be winning races or we’re going to be on the podium all the time,” said McLaren’s Lando Norris. “It is a much better chance for us to achieve those things. It is going to even up the field. I hope.”