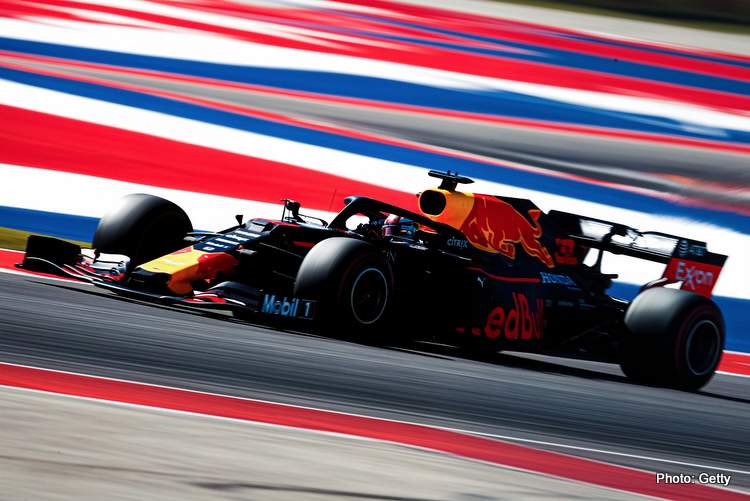 Red Bull’s Max Verstappen set the pace in first practice on Friday for the United States Grand Prix while Lewis Hamilton, sitting on the brink of a sixth Formula 1 drivers’ world title, chilled on a cold day.

Verstappen, who was stripped of his Mexican Grand Prix pole last Saturday after failing to slow for yellow warning flags, appeared determined to get on the front row in Austin, lapping the Circuit of the Americas with a fastest lap of one minute 34.057 seconds.

The Dutchman was 0.169 quicker than Ferrari’s Sebastian Vettel who was best of the rest.

Hamilton, a six-time winner of the U.S. Grand Prix, spent most of the 90-minute practice testing tyres before getting on softs late in the session to jump up the timing sheets and put his Mercedes into eighth place.

Finnish teammate Valtteri Bottas, the only driver still with a chance of overtaking Hamilton in the drivers’ standings, was 17th best.

Hamilton will clinch the title if he finishes eighth or better on Sunday but does not need to score any points at all to continue for another year as champion if Bottas does not win.

Bottas, 74 points behind with three races remaining worth a maximum 78, has yet to finish higher than fifth in Texas.

It was a cold, bumpy start to the United States Grand Prix.

Unseasonably cold conditions greeted drivers as they arrived at the track, with frost covering the brush, but it was a choppy circuit that brought out the complaints.

“These bumps are insane out here — I don’t know if this track is safe,” Hamilton told his team over the radio.

If Hamilton was unhappy with the conditions he was no doubt pleased to have the reassuring voice of race engineer Peter Bonnington back in his headset.

‘Bono’, as Bonnington is known to friends and teammates, missed the Mexico Grand Prix due to a “a personal medical procedure” and had been expected to miss two races but was back in the pits here to help Hamilton to a sixth title.

Ferrari’s bid for a seventh straight pole suffered a setback when Charles Leclerc spent the early part of the session in the garage with engine problems but they once again showed their late-season pace with Vettel clocking the second-best effort and his Monegasque teammate seventh just ahead of Hamilton. 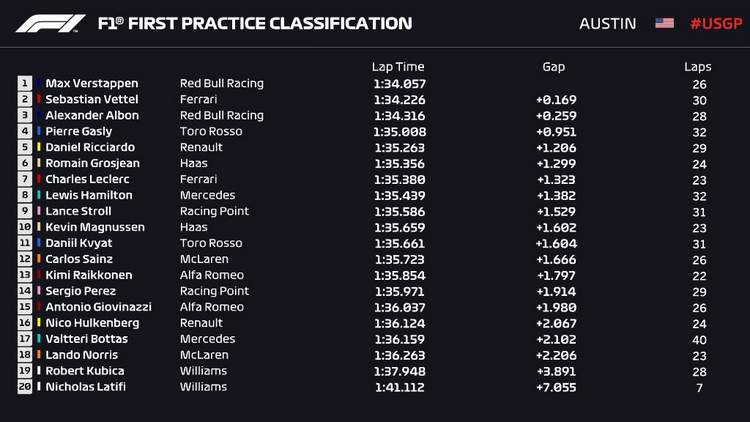