Texas coronation on Sunday for King Lewis The Sixth 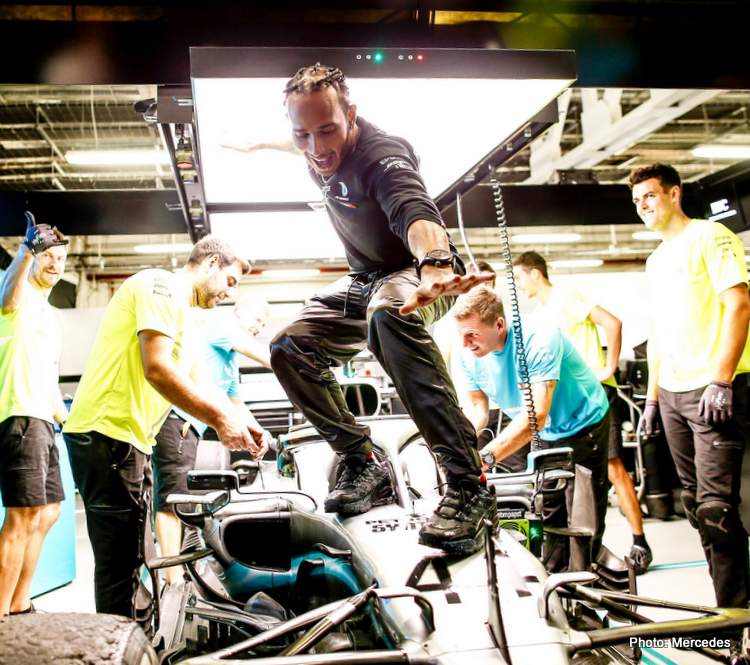 Lewis Hamilton may not need to score even a point in Austin to become only the second six-times Formula 1 world champion, but the Mercedes driver will want to celebrate in style on Sunday.

The Briton is the most successful driver in United States Grand Prix history, his six wins including five in Texas, and he has every intention of adding to the tally after winning in Mexico last weekend.

“The track is fantastic and it’s been a good hunting ground for me, so very excited to go there and who knows whether we can get the job done,” Hamilton said. “We’ll hopefully have a good race there.”

The chances of him not getting the job done in a country that has become a home from home, and where he has become the face of Formula One in magazines and on television chat shows, look remoter than remote.

Austin is a favourite track for the 34-year-old and he will also be fancied to round up his Texan win tally to six on Sunday.

That would take his career total to 84 wins, seven behind the all-time record set by Ferrari great Michael Schumacher on his way to seven titles.

If Hamilton finishes eighth on Sunday then the title is won regardless, but he will not need to score any points at all to continue for another year as champion if teammate and sole rival Valtteri Bottas does not win.

Bottas, 74 points behind with three races remaining worth a maximum 78, has yet to finish higher than fifth in Texas and this time the Finn needs to score at least 23 points more than Hamilton to take the battle to Brazil.

Both Mercedes drivers also have to contend with a frustrated Ferrari, race winners last year with now departed Kimi Raikkonen and determined to turn their qualifying prowess into something more substantial.

Ferrari have been on pole position for six consecutive races, with front row lockouts in the last two, but without success since Singapore in September.

“We have started the past six races from pole position but have only gone on to win three of them and we certainly want to do better than that,” said team boss Mattia Binotto. “Austin will hopefully give us a good opportunity to do so.”

Red Bull will also hope to be on in the mix as Max Verstappen makes his 100th start and aims to put a difficult Mexican weekend behind him.

The winner in Texas has always come from the top two on the starting grid. Mercedes have started the last five races there from the top slot.

There is plenty at stake further down the pecking order, with the battle raging for position in the constructors’ championship already won by Mercedes.

While the top three teams — Mercedes, Ferrari and Red Bull — are locked in and McLaren also look safe in fourth, the rest are scrapping for positions that carry big financial implications when the prize money is handed out.

Renault are a hefty 38 behind McLaren but only nine points clear of Red Bull-owned Toro Rosso and Racing Point, who are tied on 64. Alfa Romeo, on 35, are just seven clear of ninth-placed Haas.