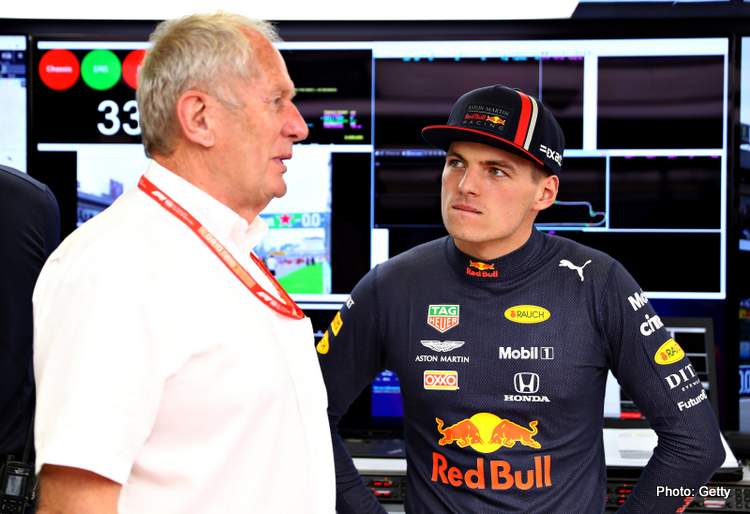 On the eve of the USGP, the past week saw American-centric topics come to the forefront in F1, with the usual Max Verstappen hysteria thrown-in for good measure.

Max Sticks His Foot in It: What an eventful weekend for Max Verstappen – and not in a good way, either. Seemingly public enemy number one in Mexico, the criticism has been coming-in thick-and-fast both for his foolish refusal to lift-off under yellows in Saturday qualifying, and his coming-together with Lewis Hamilton on Sunday. A guy who before the summer break could seemingly do no wrong, now it seems like he can do no right.

At least in the case of the incident on Saturday, I think it’s fairly warranted. I mean, he already had pole for crying out loud, knowingly risks it by not slowing, and then smugly admits to it in the press conference – that was never going to go down well. Sunday is less troublesome, if only because the man leading the criticism is no angel himself, and certainly had a part to play in that particular incident.

However, through both cases, I think we’re seeing that the ‘Mad Max’ of yore is not completely gone, and I for one am not that surprised. He’s been in F1 – and indeed been a force in F1 – for long enough now that it’s easy to forget he’s still very young at 22, and while that doesn’t excuse his behaviour by any means, it’s also not that far removed from his more-prattish teenage years that we should expect him to have completely grown out of it. Having not been 22 that long ago myself, I know how immature you can still be at that age, and really, all the rest of us can do is keep on his case and hope he eventually does move past it.

Another US race DOA? It’s the market F1 has been trying to crack for years, and while I think most would agree CoTA has been a success, attempts to bring more GPs stateside have proven far less fruitful, with Miami seemingly headed in that direction.

Already subjected to delays with funding and finding an appropriate venue, the race is now being opposed by local residents who don’t want 1000HP monsters tearing up their local streets.

Whether or not their opposition actually proves successful, I think it highlights the biggest difficulty of hosting more races in the US, which is that the vast majority of the public either doesn’t know, or doesn’t understand the sport. To them it’s just a nuisance, and there’s no guarantee the necessary work and road closures will be made up for with increased tourist revenue.

Even if personally I would love a race in Miami (I’d be first in line for a press credential!) the better move for F1 and Liberty if they are serious about growing the sport in the US is to shelve this second-GP idea, take whatever funds they’ve set aside for it, and put it towards marketing the product. It’s all well and good to say “build it, and they will come”, but you have to have enough people to come in the first place.

Haas Wave the White Flag: Suffice to say, it’s been a rough year for Haas, and it seems like with three races remaining, they’ve essentially thrown in the towel.

Reading through the various statements from team personnel over the weekend, you could see the focus now is on just surviving until 2020 – indeed, Romain Grosjean said literally that – which is a sorry turn of events for a team that was not that long ago punching well above its weight class.

For his part, Guenther Steiner has been willing to take at least some of the blame, and yet while that’s better than some other team principals *cough* Cyril Abiteboul *cough*, I do wonder if his time at the helm might be coming to an end. As good as he is for a soundbyte, he also seems devoid of ways to stop the rot, and his decision to bring back both Kevin Magnussen and Romain Grosjean further speaks to that. The last thing this sport needs is another Williams, yet I worry if things continue as they have in 2020, that’s exactly what we’ll end up with.