Alonso: I won’t be doing the Dakar every year 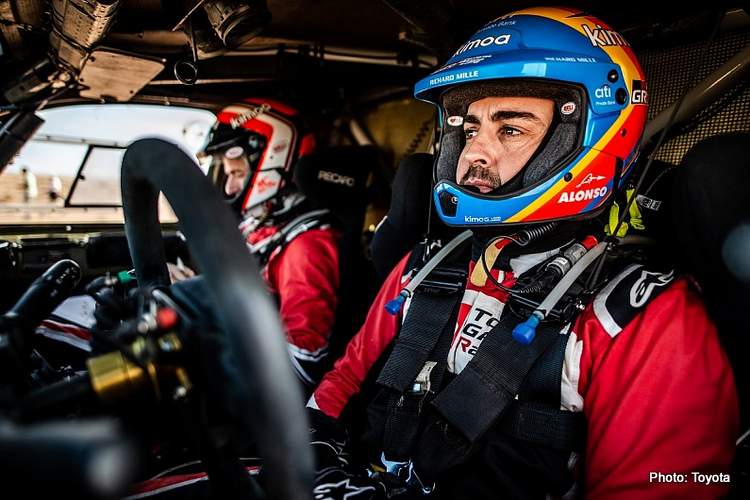 Double Formula 1 World Champion Fernando Alonso has called off a scheduled appearance at the United States Grand Prix this weekend.

Sources have told the Spanish media that he was scheduled to be in Austin as a McLaren brand ambassador.

It is also rumoured that McLaren may have used the occasion of Alonso’s presence to announce that the 38-year-old will make another bid for Indy 500 victory next year.

But after confirming that he will contest the famous Dakar rally next January, Alonso is instead testing with Toyota in Spain this week ahead of a rally in Saudi Arabia starting next Monday.

Despite that, the Spaniard admitted he is not realistically targeting the Dakar win.

“Based on experience, I would say that we cannot have that objective,” he is quoted by El Mundo newspaper.

“But going into a race or a challenge thinking about a zero per cent chance would be stupid, which is why I say the likelihood is 1 per cent,” Alonso added.

At the same time, Alonso said he is not going to build a career in the off-road rallying world, “I do not have it in mind to do Dakar every year.”

“But after this preparation and the knowledge, I will have, if I repeat the adventure someday I will be more prepared. But I would not put it at the level of the Indy challenge.”