Red Bull: There Are Definitely Some Positives to Take 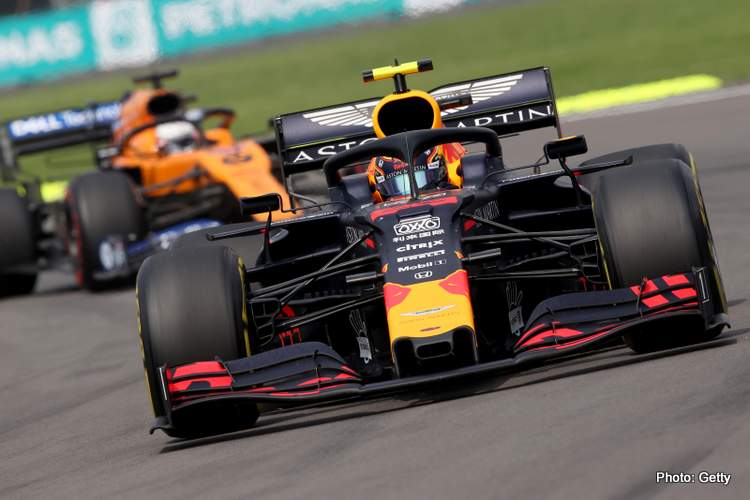 Red Bull report from Sunday at the Mexican Grand Prix, round 18 of the 2019 FIA Formula One World Championship.

“Today was ok and I had good fun. I think it was one of my best races in terms of pace and the guys in front weren’t too far ahead! At the start we were running third and I was getting quite excited. It was great to be fighting at the front but unfortunately their one stop strategy worked out better. We stuck to a two stop strategy but I’m not sure if we had the pace or tyre life to make a one stop work. I lost quite a lot of time getting through traffic, especially after my first pit stop when I came out behind Sainz but there’s quite a high chance of getting traffic at this circuit. The boys also got the fastest pit stop of the race, so I obviously hit my marks! They have had a busy weekend so that was a great job and I’ll have to repay them. Overall, I’m happy with my performance and I’m improving my consistency which is important. The lap times are coming and now I’ve got three more races to improve even further!“

“Sixth obviously isn’t where I wanted to finish today with the car we had but when you look at the circumstances I think it was still a very good race. I had a good start and I think Lewis got pushed onto the grass by a Ferrari so he lost some momentum. He came back around the outside at Turn 1 and then into Turn 2 he went very deep to defend and I had to go onto the grass to avoid him. The race was still on until I overtook Valtteri and he clipped my rear tyre which gave me a puncture and I had to do a whole lap to get back to the pits. After that I was forced to do a one stop which was very slow as I did 66 laps on the hard tyre. The result is a shame as the pace was good and the car was good but to come back to sixth was actually not a bad result if you look at everything that went on.”

“After a decent start Max got into some hard wheel-to-wheel racing with Lewis through the first few turns and ended up losing positions when he was forced to take a detour onto the grass. As he was coming back through the field Valtteri clipped Max’s rear tyre with his front wing endplate which gave Max a puncture. He had to do a full lap with that puncture and pit for the hard tyre which meant his race was effectively over as he completed 66 laps on one set of tyres. Alex was running in third place after avoiding the early race madness and pitted early as we chose to go onto a two-stop strategy with him. He lost a bit of time on his out lap behind Sainz but thereafter it transpired that the one-stop was the faster race and while Alex had good pace it was impossible to close the gap. He’s showing good progress each weekend and signs of getting closer and closer to the pace. We had a very quick race car this weekend and P5 and P6 ultimately isn’t the result we’d hoped for but there are definitely some positives to take.”