Racing Point: It’s Satisfying to Finish As ‘Best of the Rest’ 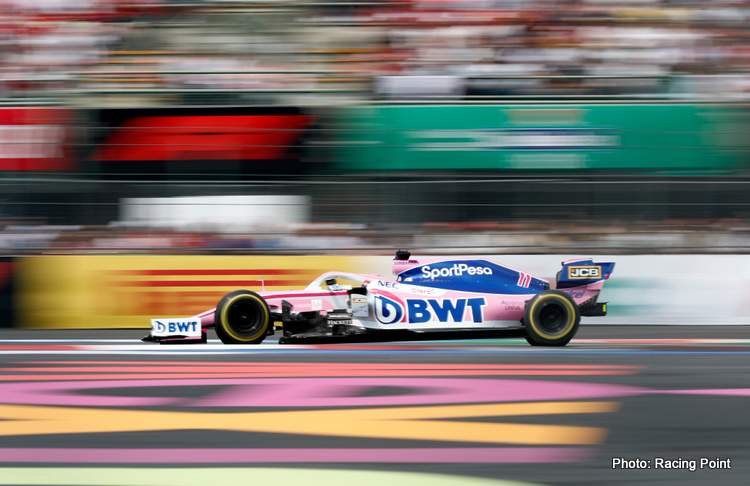 Racing Point report from Sunday at the Mexican Grand Prix, round 18 of the 2019 FIA Formula One World Championship.

Sergio: “This is a great day for me and my team. I think the race was just about perfect and I want to congratulate the entire team for all their hard work delivering this result. It’s extra special to score good points in my home race – in front of the fans who have given me so much support this week. There were some cars that were a bit quicker than us today, but we beat them with a fantastic strategy. This feels like a victory for us. The race was so intense, especially the battle against Daniel [Ricciardo] at the end – when he was on fresher tyres and putting big pressure on me. I had to concentrate so hard and push right until the end. I’m very satisfied with our performance and the points we scored today are important for the fight in the teams’ championship.”

Lance: “We had a great opening lap and a strong first stint – managing the gaps to build a tyre advantage over our main competitors and we were solidly inside the points. The second stint wasn’t so straightforward: we struggled with front graining so we need to understand why it impacted us so much. It’s a shame we couldn’t capitalise on the track position we had to score some points today because the pace was good and the car was strong. We need to review the data, see what we could have done differently and come back fighting in Austin.”

“It’s satisfying to finish in seventh place as ‘best of the rest’ with Sergio executing a very strong one-stop race. It’s another indication of the progress we’ve made with the car recently thanks to all the hard work back at base and trackside. I’m also delighted Sergio could reward his local fans with this result. With Lance, we just missed out on points in P12, which is disappointing considering how strong the first half of the race had been. For a reason we must work to understand, the switch to hard tyres proved challenging with severe graining on the front tyres. Until that point, his pace was on par with that of Sergio and we were set to have both cars finish inside the points. Nevertheless, we leave Mexico with six points in the bag, which bring us within nine points of fifth place in the championship as we travel to Austin for next week’s United States Grand Prix.”