Hamilton: You Have to Give Max Extra Space 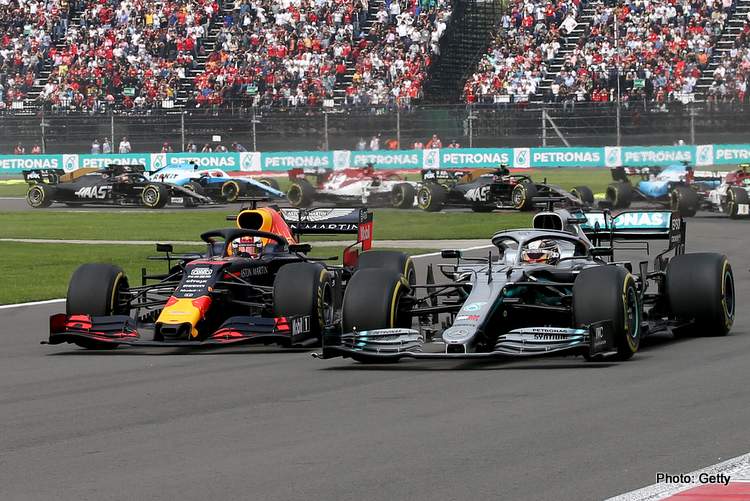 Lewis Hamilton has taken a not-so-veiled shot at Max Verstappen after their early coming-together in Sunday’s Mexican Grand Prix, suggesting the Dutchman needs more space than other ‘smarter’ or ‘respectful’ drivers.

Hamilton, who won the race for Mercedes and is now one step away from wrapping up his sixth title, described the first lap coming together with the young Red Bull driver as ‘hair-raising’.

The Briton was forced onto the grass runoff, narrowly avoided a costly spin and dropped to fifth place.

Verstappen also clashed with Hamilton’s Finnish team mate and title rival Valtteri Bottas a few laps later, the Dutchman suffering a puncture that sent him to last place before he battled back to sixth.

“I think every driver is slightly different,” Hamilton told reporters. “Some are smarter. Some are very smart, aggressive and some are silly with it.

“Through those experiences of racing with people, you give some more space. And others you don’t have to, they’re quite respectful.

“But yeah, Max. It’s very likely you’re going to come together with Max if you don’t give him extra space. So most of the time you do.”

Hamilton said in this instance he did not have any extra space to give but added that he did not think the collision was intentional.

Bottas said Verstappen, who has won two races this season and is famed for his bold and aggressive overtaking manouevres, had appeared seemingly out of nowhere and they touched.

“He got a puncture from that. I couldn’t really avoid him. I think he earned his own puncture definitely,” added the Finn.

Verstappen had qualified on pole position on Saturday but was then handed a three place grid penalty for failing to slow after Bottas crashed at the end of the session and brought out warning flags.

The 22-year-old had won the last two Mexican Grands Prix and arrived as a favourite for a hat-trick in front of a sellout crowd.

Ferrari’s Sebastian Vettel, who finished second, was asked whether he treated Verstappen — a driver he has also clashed with a few times in the past — differently and whether he also thought him the most aggressive.

“Yes and yes,” replied the smiling four times world champion, sitting alongside Hamilton in the post-race news conference and making clear that he agreed with everything the Briton had said.