Williams: Tomorrow will be a difficult day for the field 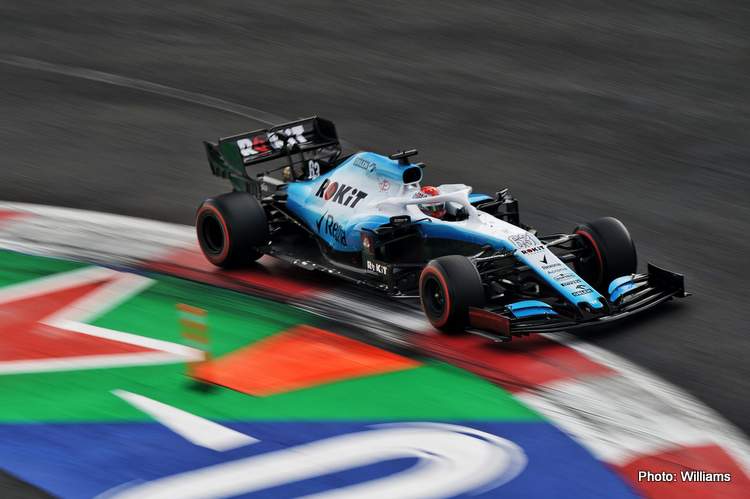 Williams report from qualifying for the Mexican Grand Prix, round 18 of the 2019 FIA Formula One World Championship.

Dave Robson, Senior Race Engineer: As forecast, the track was damp and cold for FP3 and there was little opportunity to learn anything useful ahead of qualifying. Therefore, we opted to check our race setup and so both cars completed longer runs.

Qualifying was warmer and again the tyre behaviour changed. We took the opportunity to complete three runs with each driver as we looked for the best way to prepare the tyres for a lap. The team did an excellent job to give both drivers good opportunities to prepare their tyres and complete clean laps. George did a good job, finding time with each run to finish frustratingly close to Kevin Magnussen and Romain Grosjean. Robert struggled a little more and made a mistake on his second run, which lost him some momentum.

Tomorrow will be a difficult day for the field, with PU, brake and tyre management all potentially tricky. On Friday we were more competitive on high fuel than we were on low fuel and so we will look to race the cars ahead, with the Haas and Alfa Romeos in particular being realistic opponents.

George Russell: It was really tricky out there for everybody, but I was pleased with the lap. There was still a bit more in there, but we are definitely going in the right direction. I think our long run pace is better than our single lap pace, especially versus the Haas cars and the Alfa Romeos, so we will have to see what we can do tomorrow.

Robert Kubica: It was a difficult qualifying session in Mexico. Unfortunately, I felt no grip in the car today and the laptime reflected that. We will have to see what we can do tomorrow in the race.