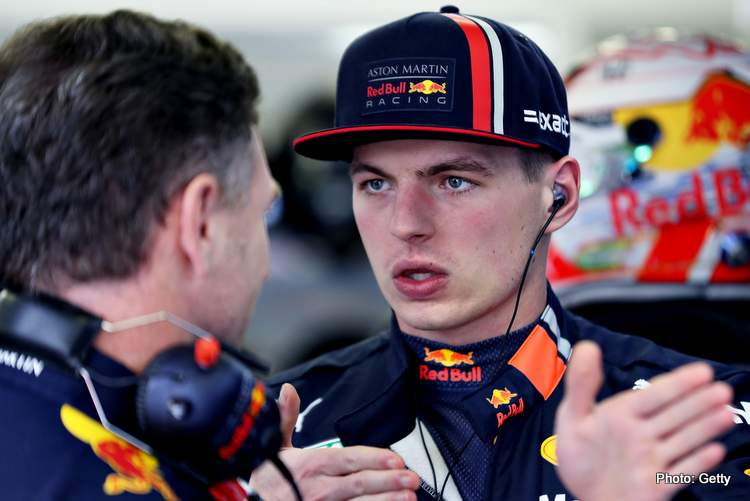 Max Verstappen has lost his Mexican GP pole position after being given a three place grid penalty for failing to slow under yellow flags.

Formula One stewards also imposed two penalty points on the 22-year-old Red Bull driver for the incident after Mercedes driver Valtteri Bottas crashed on the final corner at the end of qualifying.

Verstappen compounded the offence by appearing defiant in a news conference before he was summoned.

“I was aware that Valtteri crashed,” the Dutchman, whose pole now goes to Ferrari’s Charles Leclerc, had said.

Asked whether he had backed off, he replied: “Didn’t really look like it, did it? No.”

Yellow flags warn drivers that they must reduce speed for safety reasons and be prepared to change direction suddenly.

Verstappen was handed a three-place grid drop at last year’s Russian Grand Prix for failing to slow for yellow flags in qualifying, and a similar drop looked likely from the moment of the summons.

Asked about the safety perspective, Verstappen had said: “I think we know what we are doing, otherwise we wouldn’t be driving an F1 car.

The comments drew a firm response from Bottas’s team mate Lewis Hamilton, who now starts third and could seal his sixth championship if results go his way in Sunday’s race, when asked about respecting the flags.

“I think it’s really, really important that the FIA are very, very strict with the double yellow flags. There could be marshals on the scene,” he told reporters, recalling previous incidents that raised safety concerns.

“He didn’t even need to stay flat out, he’d already got pole basically.

“Luckily there were no marshals on the track. For all he knew, Valtteri could have been in the middle of the circuit and marshals could have been there. That’s what double yellow means — could be a massive incident ahead.

“The fact that he ignored it, I mean it’s not great, but it’s done and hopefully the right calls are made and put in place. The drivers need to know to respect those things,” added the Briton.