Morning After: Can Ferrari Keep Their Advantage? 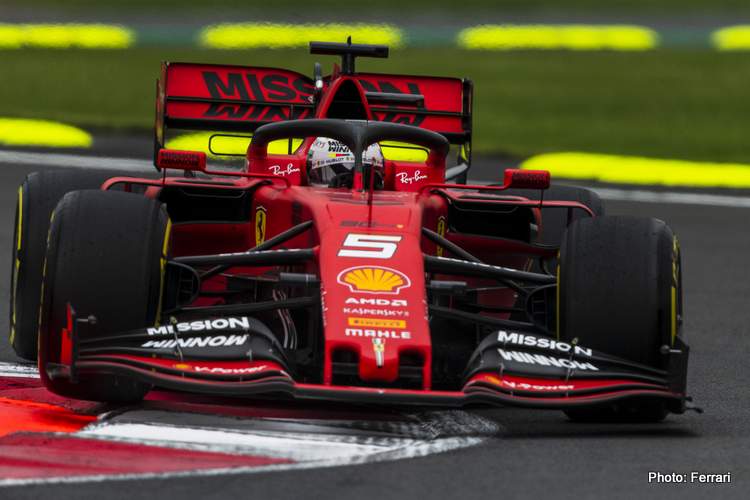 Having backed-up their pre-race favourite status by topping Friday practice, it seems Ferrari are primed for another strong weekend here in Mexico.

It might be a track that throws in more wrinkles than most, but even amidst the additional obstacles of the Autodromo Hermanos Rodriguez, Ferrari have once again emerged the strongest.

Of course, that’s no guarantee when we only have a somewhat-interrupted day of practice to go on – not to mention Ferrari being, well… Ferrari – but for a team that has had to enact massive turnarounds at two of the previous three races from Friday to Saturday, it has to be taken as a very good sign for the Scuderia.

That said, it will be interesting to see what Max Verstappen and the Mercedes’ can conjure up moving forward. Despite his protestations, Verstappen was a mere tenth off Sebastian Vettel’s FP2-topping time and should be taken seriously as a contender for Saturday, while the grid-wide concerns about tyre graining could make strategy as important as outright pace come Sunday.

15 minutes. Approximate time into the session that Alex Albon put his Red Bull into the wall. A costly mistake at a track where he has no prior experience, it will be very interesting to see how he bounces back tomorrow.

0.614 seconds. Gap between Valtteri Bottas’ Mercedes-best time in FP2 and Sebastian Vettel. Suffice to say, the Silver Arrows have some work to do on the short runs.

This Renault-Racing Point auto-brake balance story gets more confusing, with Otmar Szafnauer telling Sky the reason they lodged a protest was because the FIA shot-down their attempts to replicate it. On the other hand, Renault have reportedly had the system in place since 2015, so if it was a problem, what took the FIA so long?

Best wishes to Lewis Hamilton’s race engineer Pete Bonnington, who is away for the next two races due to a “personal medical procedure”. I wonder if Lewis will complain more, or less, with someone else in charge?

How is it that after the chequered flag mishap at Suzuka, they managed to cock it up again here in Mexico? Who knew pressing the right button could be this hard?