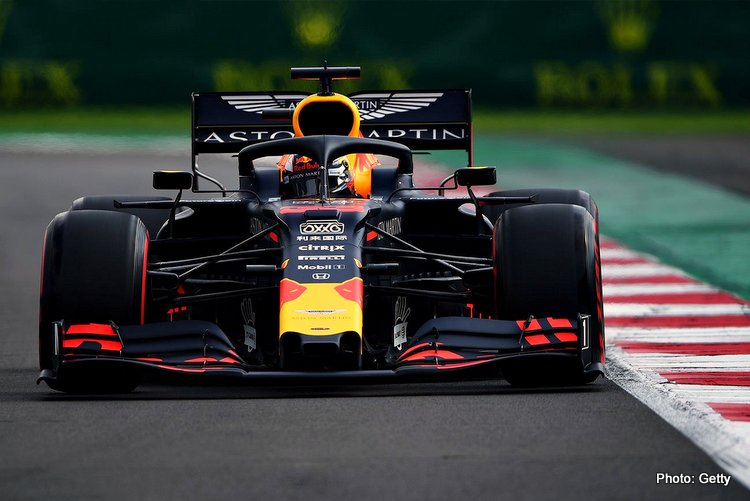 Max Verstappen claimed pole position in qualifying for the Mexican Grand Prix weekend, Round 18 of the 2019 Formula 1 World Championship, at Autodromo Hermanos Rodriguez in Mexico City, in a dramatic session which ended early when Valtteri Bottas crashed heavily in the dying moments of the session.

Hamilton, who starts fourth, can wrap up the championship with three races to spare on Sunday — providing he finishes on the podium at the Autodromo Hermanos Rodriguez.

How much of a challenge Bottas can muster remains to be seen, with the Finn passed fit after a trip to the medical centre but Mercedes reporting extensive damage to his car, with the risk of possible grid penalties.

“It will be a bit different starting first instead of second, so I’ll give it all and we have a good race car anyway,” said Verstappen, winner in 2017 and 2018 from second on the grid.

He faced questions post-race, however, about whether he had slowed sufficiently after Bottas’s crash.

Since the high-altitude race returned to the calendar in 2015, every winner has started on the front row.

Verstappen’s second career pole position ended a run of five in a row for Ferrari, who came into the weekend as favourites and locked out the front row in the previous race in Japan.

Champions Mercedes have now gone six races without a pole, with Verstappen taking his first in Hungary before the August break.

“In that last sector, it all went to pot. I’m generally happy with today, it’s hard to keep up with the others,” said Hamilton.

“We knew it would be difficult this weekend but I gave it everything; it wasn’t enough for pole and I got enough out of the car and it puts us in a good enough fighting position for tomorrow.”

Bottas, the only driver with any mathematical chance of denying Hamilton the title, qualified sixth but that position will change if his shattered car needs a replacement gearbox or engine.

The Finn, 64 points behind Hamilton, lost control into the last Peraltada corner and careered along the wall at speed before slamming into the end of the energy-absorbing Tecpro barrier.

He stayed in the car for a while, his breathing heavy over the team radio, before climbing out and going to the medical centre.

“The car is extensively damaged, we are assessing exactly what work needs to be completed for it to be ready to race,” said a Mercedes spokesman.

Mercedes have already secured the constructors’ crown for an unprecedented sixth year in a row and are also sure of a record sixth successive driver’s title.

The accident prevented others from challenging the provisional pole time set by Verstappen on his first flying lap of the final session — even if the time of one minute 14.758 seconds already looked hard to beat.

“I had a mistake on my first run, so I was quite confident on the second run that I could make up for it but it was a double yellow (warning flag) so I had to slow down,” said Vettel, who was on pole in Japan.

“We need a good start then take it from there — it’s a long race, it will be a tough one on brakes and cooling in general and tyres. All top six cars opt to start on medium tyres so we see who dares to go the longest.”

McLaren’s Carlos Sainz had another good Saturday, taking seventh ahead of teenage team mate Lando Norris in eighth with the two Toro Rossos of Daniil Kvyat and Pierre Gasly completing the top 10. 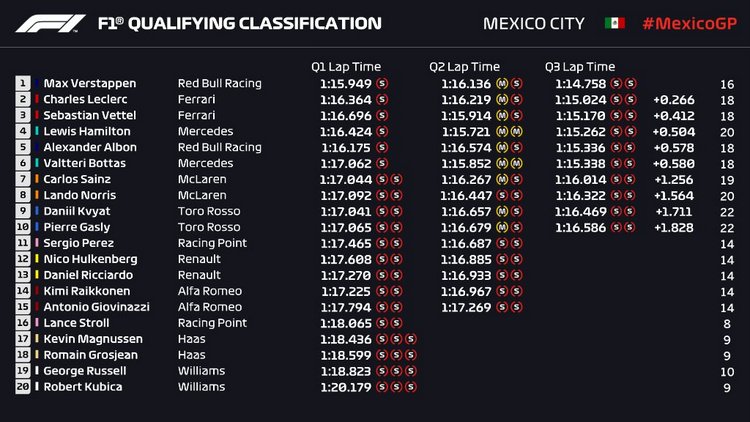