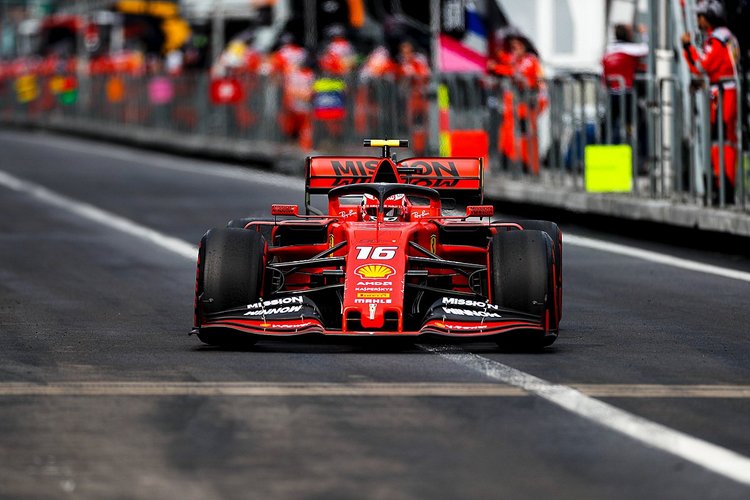 Charles Leclerc topped the timing screens at the end of the third and final free practice session of the Mexican Grand Prix, ending the session fractionally faster than teammate Sebastian Vettel.

Leclerc edged Vettel by 0.027 seconds and the duo are favourites for qualifying later in the day.

Next up were the Mercedes pair with Valtteri Bottas third and Lewis Hamilton fourth but within striking distance of their rivals.

Hamilton can clinch a sixth Formula 1 championship if he finishes on the podium Sunday and 14 points ahead of Bottas, the only driver still in the title chase.

When the drivers headed out at the start of FP3, the track was slick from overnight rain, and the teams didn’t attack the course for most of the morning. There is a possibility of rain for Saturday’s afternoon qualifying and the Sunday race.

Two-time winner in Mexico, Max Verstappen of Red Bull, was sixth in the final practice, having to abort a fast final lap because of traffic. His teammate Alex Albon, who crashed the previous day, was eighth with Toro Rosso driver Pierre Gasly splitting the Bulls on the timesheets.

Lando Norris was ninth in the other McLaren, with Sergio Perez rounding out the top ten. 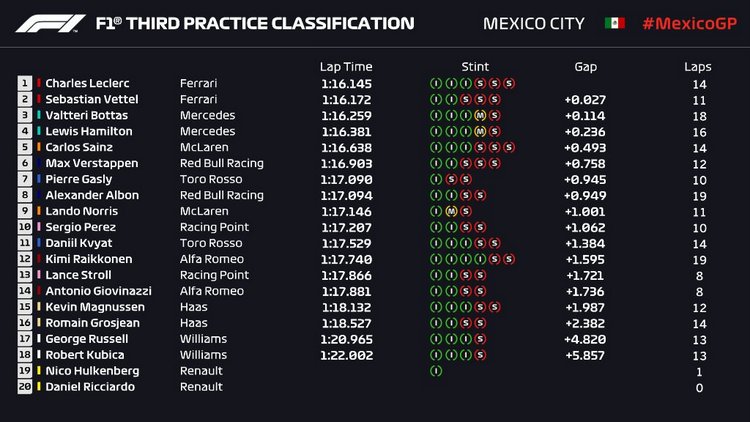