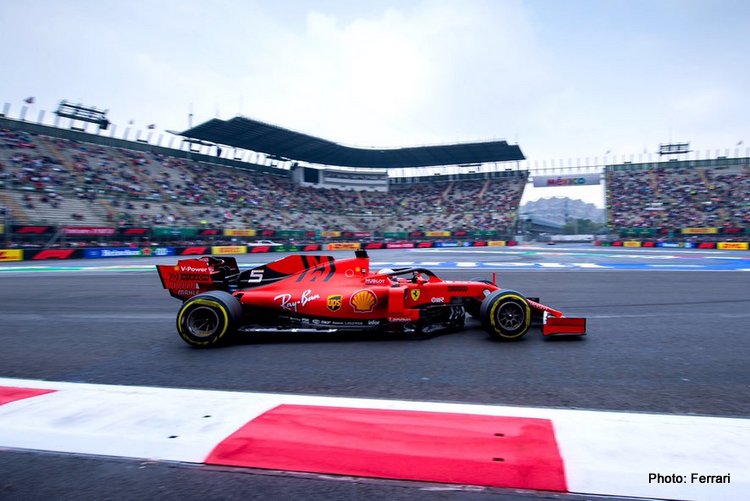 Ferrari is flexing the muscle that makes it a favourite to win the Mexican Grand Prix on Sunday, yet two-time defending race winner Max Verstappen is close enough to look for a counterpunch.

Sebastian Vettel posted the fastest lap of Friday’s practice sessions as his Ferrari barreled down the long straight in the high altitude at the Autodromo Hermanos Rodriguez. Verstappen’s Red Bull is exceptional through the track’s slower corners – the sectors Vettel dubs the “twisty parts” – and was just 0.115 seconds off the pace to split Vettel and Ferrari’s Charles Leclerc.

But being quicker in the corners may not matter in qualifying and on race day if Ferrari’s gaping power advantage through the track’s best passing zone is too much for Red Bull’s Honda engine to overcome.

Vettel and Verstappen started 1-2 in 2017 before Verstappen went on to win. Red Bull cars dominated the track in 2018 – from practice to race day – to a second straight win, but Verstappen has downplayed his chances for a third victory this year.

That’s because Ferrari has been on a tear, taking five consecutive pole positions and three wins in that span. Mercedes won the last two races in Russia and Japan.

Mercedes driver Lewis Hamilton, who can win a sixth career season championship this weekend, led the morning practice but drifted back to fifth in the afternoon as the teams spent much of the session monitoring race pace scenarios.

Hamilton wins the championship Sunday if he finishes 14 points ahead of teammate Valtteri Bottas, the only driver still mathematically alive in the title chase. Bottas, who won two weeks ago in Japan, edged Hamilton for fourth in the afternoon practice.

A sixth career championship would put Hamilton just one behind the record seven won by Michael Schumacher. Hamilton clinched the 2017 and 2018 championships in Mexico City despite poor races. He has just one win in four races in Mexico City, and hasn’t finished on the podium here since his 2016 victory. 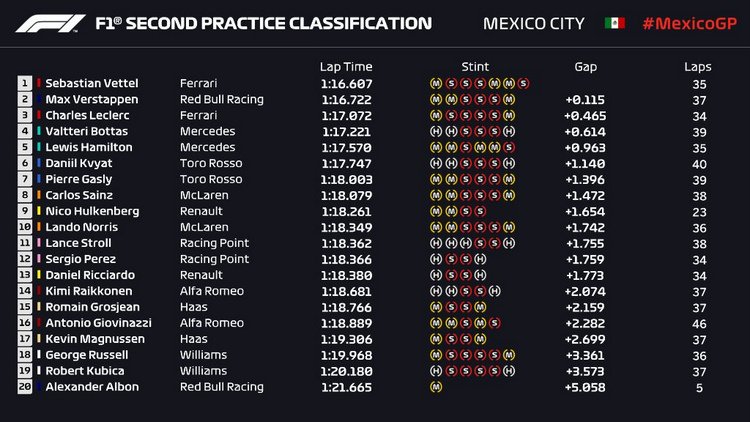