Mercedes: We seem to have slipped backwards a bit 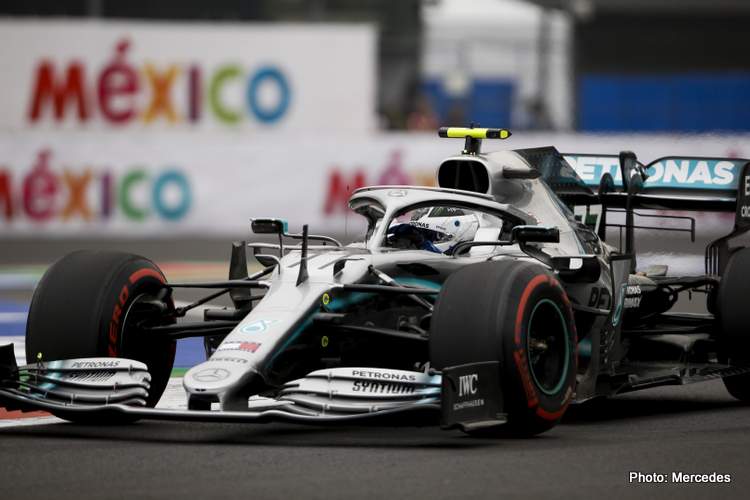 Mercedes report from Friday practice at the Mexican Grand Prix, round 18 of the 2019 FIA Formula One World Championship.

Work to do for Mercedes-AMG Petronas Motorsport in Mexico City

Valtteri Bottas:
It was not the easiest day for us; the track felt very slippery and I was struggling with the balance of the car in the first session. We made some improvements for FP2 and the balance felt a lot better afterwards, but we were still lacking a bit of grip. Both Ferrari and Red Bull seem to be strong on this track, but there’s still a lot of things we can improve for the weekend. The softer compounds suffer quite a bit on this tarmac; it was pretty bad last year, but we made some improvements so that this year I was actually able to get a few laps in of the Softs. However, the Hard tyre I ran in the end was pretty solid and more consistent – it makes it quite interesting as we might see a lot of different strategies on Sunday.

Lewis Hamilton:
It’s not been a great day, but this is how it usually is for us in Mexico. We’ve not had any major dramas today, it’s just trying to understand the tyres. From the short run to the long run and with changing track temperatures, it’s hard to pinpoint how exactly to get these tyres working, but that’s the name of the game. The car felt quite good in FP1, but then we made some changes for FP2 and the track shifted a little bit in terms of grip levels and temperatures and we didn’t really get the set-up quite perfect and I didn’t get a perfect lap in either, so there’s definitely more to come. We’ll be studying that tonight, seeing where we can improve for tomorrow and Sunday.

Andrew Shovlin:
It’s been an interesting day. We didn’t really know what to expect coming here, it had been our worst race last year so we have spent a bit of time trying to understand the issues from 2018. Our pace in the first session looked ok but we seem to have slipped backwards a bit going into the second session. We’ve already got a few ideas as to where we may have taken a wrong turn but it’s both single-lap pace and long run degradation that we need to improve. We need to get the car sorted before we can start talking about what we can achieve in qualifying and the race – it’s all interesting stuff from an engineering point of view, so we’ll be getting our heads together tonight and see if we can make some progress.