Is Renault’s F1 Future in Danger? 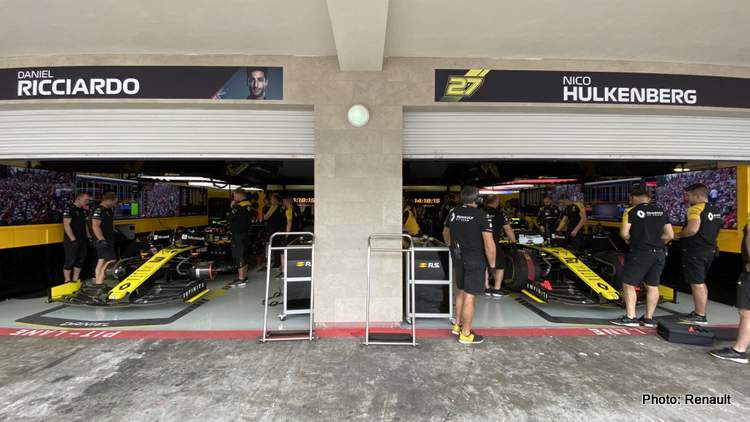 Cyril Abiteboul has conceded Renault’s time in Formula 1 could soon come to an end, should their current difficulties continue to persist.

Weighed down by a difficult 2019 season, the Carlos Ghosn corruption scandal, and now the brake balance system cheating saga, the situation they find themselves in is a far cry from the one they envisioned when they re-joined the sport as a constructor in 2016.

“It’s been the most difficult season I have experienced personally,” team boss Abiteboul admitted in Mexico.

As the fallout of the Ghosn scandal continues, Renault’s car-making parent has a new interim CEO – Clotilde Delbos.

When asked about potentially pulling Renault out of Formula 1, she told analysts in a call on Friday that “everything will be on the table”.

“Apparently Clotilde Delbos is on an austerity course and is not so keen on Formula 1,” former F1 driver Nick Heidfeld told Sky Germany.

“All the negative press, lack of success and the high costs could be all the ammunition she needs to pull the plug.”

F1 boss Abiteboul also acknowledged the growing pressure, especially with the 2021 rules still up in the air and Mercedes and Honda reportedly also considering the future.

“Formula 1 should create a positive image for the brand. We do not want to invest as much money as we do now and get a negative outcome,” he said.

“We have time to reflect until the 2021 rules are clear. It is obvious that we will analyse not only our results, but also our potential to achieve better results in the future and the current situation in the industry.

“We have a long-term project, but one of the stages of that is finding out the regulations for 2021. Then we will need to confirm our participation in the seasons 2021-2025.

“The new leadership will think about whether this really suits us,” the Frenchman added.