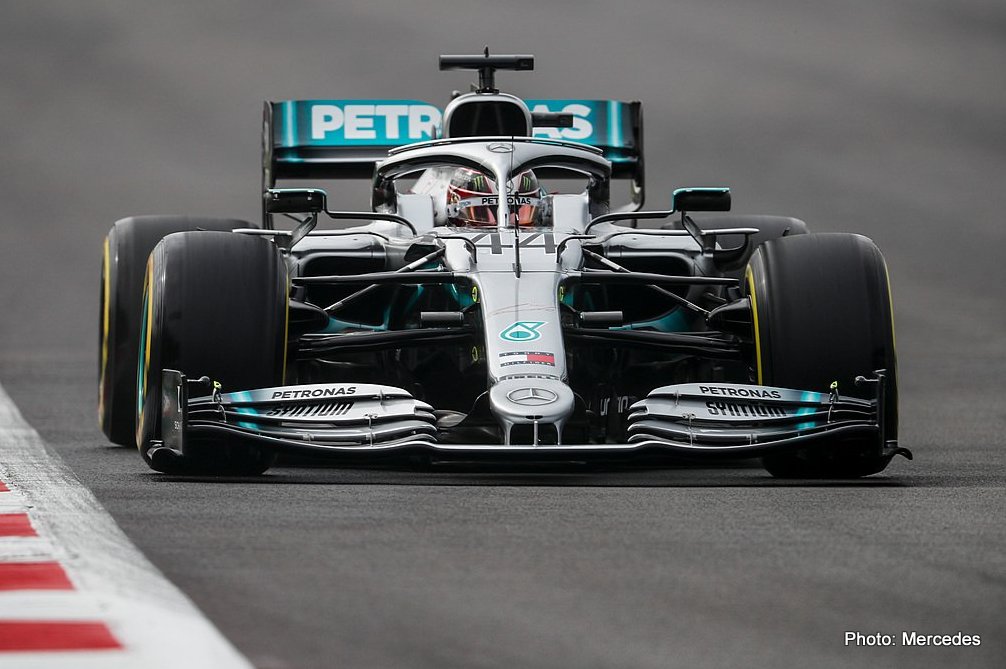 Lewis Hamilton set the pace on Friday in first practice for a Mexican Grand Prix that could bring him a sixth Formula 1 title.

The Mercedes driver lapped Mexico City’s high altitude Autodromo Hermanos Rodriguez with a fastest lap of one minute 17.327 seconds, 0.119 quicker than Ferrari’s Charles Leclerc who was best of the rest.

The Monegasque appeared to be keeping his powder dry, however, and lapping on slower medium tyres than Hamilton’s fresh softs.

Valtteri Bottas, Hamilton’s Finnish teammate and winner in Japan on Oct. 13, was only fifth on the timesheets and 0.678 off the pace of the leading Mercedes.

He described the morning track conditions, after a damp but drying start following overnight rain, as “slippery but driveable”.

Hamilton will clinch the title with three rounds to spare on Sunday if he scores 14 points more than sole rival Bottas — which would be the case if Friday’s first practice positions were repeated in the race.

Red Bull’s Max Verstappen, winner in Mexico for the past two seasons, was third fastest with teammate Alexander Albon fourth in another strong performance by the British-born Thai rookie.

The session was halted with around half an hour remaining when Racing Point’s Lance Stroll smacked his car into the tyre wall.

There was little real damage and the Canadian was able to return to the track before the end of the session, with the top three setting their fastest times after the red flag interruption.

Ferrari arrived in Mexico as many people’s favourites, having racked up five poles in a row, with Red Bull also seen as contenders for another win.

Mercedes have been playing down their chances at a race that has been a struggle in the last two years, even if Hamilton secured the title in both of them.

Last year tyre problems meant neither Hamilton nor Bottas finished on the podium.

“We’re going to go into this weekend knowing that Ferrari are massively quick usually on the straights and obviously straights are a powerful element of this circuit,” Hamilton told reporters on Thursday.

“So I don’t know when we’ll be getting another pole — unless it rains, which can change everything.” 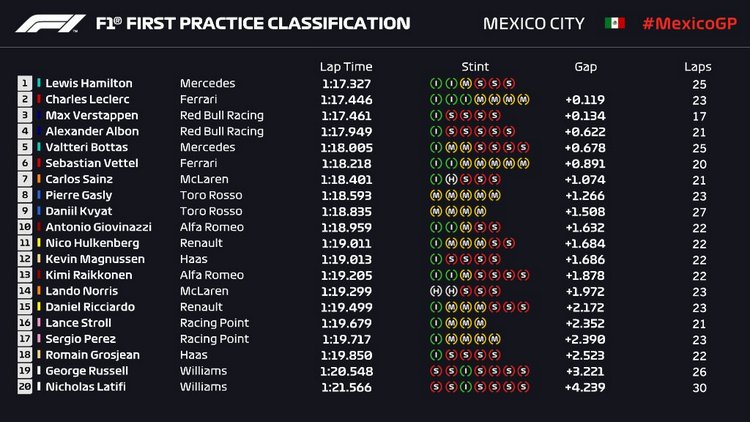