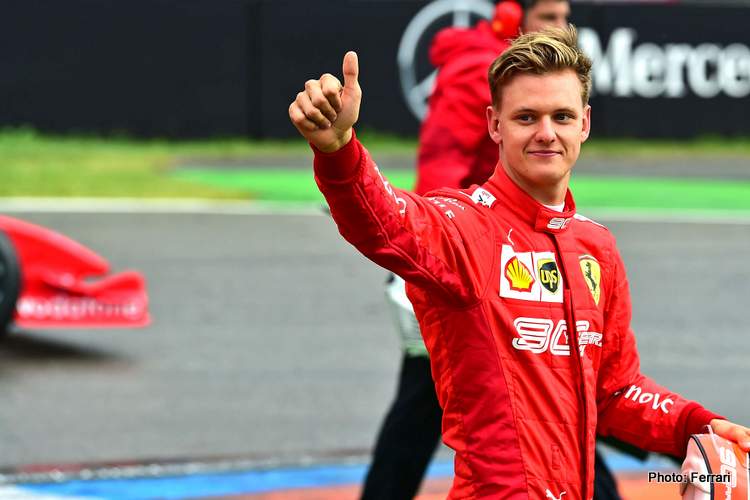 The calm before the storm of back-to-back races, the past seven days have been light on actual news, if not on newsworthy items.

At this point, there’s nothing much extra I can add. He cares about the environment, which is great, but he also leads a particularly environmentally unfriendly lifestyle, vegan or not. If Hamilton wants to really make a change, he should focus less on what Joe Public is doing, and more on the companies and brands that line his pockets – it’s them that do the real damage.

Verstappen a goat, or the GOAT? Holy overreactions, Batman! If you thought it was just us fans that got riled up about Max Verstappen, well… you thought wrong.

First Eddie Irvine comes out saying he’s not as good as Charles Leclerc, and then mere hours later, Jenson Button’s trumpeting him as the fastest driver ever.

While both statements come far too soon in the Dutchman’s career to hold much weight, it is nevertheless interesting that Irvine and Button chose to make them. Irvine, who won four races whilst driving for Ferrari, clearly still holds an affinity for the reds which is somewhat clouding his judgement – not to say Verstappen is undeniably better, but when you’re basing your reasoning on “a much lower error rate” despite costly mistakes in Baku, Monaco and Suzuka this year, it doesn’t quite hold weight.

On the other hand, it’s impossible for Button to compare Verstappen’s raw speed to someone like Senna (although it’s noteworthy that he rates him over his old teammate Hamilton), and just like Irvine’s argument, it doesn’t quite hold up when you consider the facts – more specifically, the fact that Verstappen has one career pole position.

Mick Wants to Move Up: 2019 has been a bit of an odd year for Mick Schumacher. Graduating to F2, the young German has had a spotty season at best, and yet, now here he is, declaring he’s ready for F1.

Here’s the thing though: I think he might actually be right. Even if his F2 campaign hasn’t yielded much in the way of results, he’s at least shown decent ability with his sprint win in Hungary and several other comeback drives through the field, and I don’t see how learning at (presumably) Alfa Romeo across from Kimi Raikkonen would be any less beneficial than squaring off with his current teammate, the chicken king, Sean Gelael.

Certainly age isn’t an issue – 20 is not that young these days in motorsport – and as Stoffel Vandoorne, Pierre Gasly, Jolyon Palmer and many others have shown, sticking it around in a lesser formulae until you nab a title doesn’t make you a F1-worthy driver. Additionally, Lando Norris told me in Germany he actually found driving a F1 car easier for his driving style – maybe the hard-charging Schumi junior will be similar. In any case, he either has enough there to develop, or he doesn’t, why not start finding out?

Alonso “Will Think About” F1 Return: Because apparently we can’t go a week in the F1 world without mentioning Fernando Alonso, here he is again, talking a potential F1 return, and as per usual, nothing is going to come of it.

To his credit, the man is doing a good job of literally moving-on to the next phase of his career, what with the Dakar Rally attempt and the like, but it seems some small part of him holds out hope one of the big-three will come calling. Speaking as someone who rates him very highly, I think that unfortunately, it might be time to rule-out that possibility.

Particularly with the emergence of Charles Leclerc this year, there is simply no place for Alonso to go. Where previously you could’ve speculated Sebastian Vettel’s (very unlikely) exit from the Scuderia would create space for him, now they have another alpha dog in the Monegasque, and ditto for Red Bull and Mercedes.

Even further down the grid, McLaren would be a tough sell, given both his history and their current partnership, who are as friendly with each other as they are quick on the track. Perhaps Renault is an option? Daniel Ricciardo would probably be a bit more accepting of his presence than other team leaders, but they just made a commitment to Esteban Ocon, and considering Alonso would probably want to wait until the French outfit is, y’know… good, he wouldn’t want to join before 2022 at the earliest, when he will be turning 41.

No, I think this is it for old Nando. I’m sure that won’t stop the stories from him and his mate Flavio still popping up, but he would need something crazy, like Lewis Hamilton retiring, to create a (very small) opening. The good news is he’s already proven there’s life in motorsport beyond F1 – here’s hoping he continues to live it.