Häkkinen: Ferrari and their drivers punished for mistakes 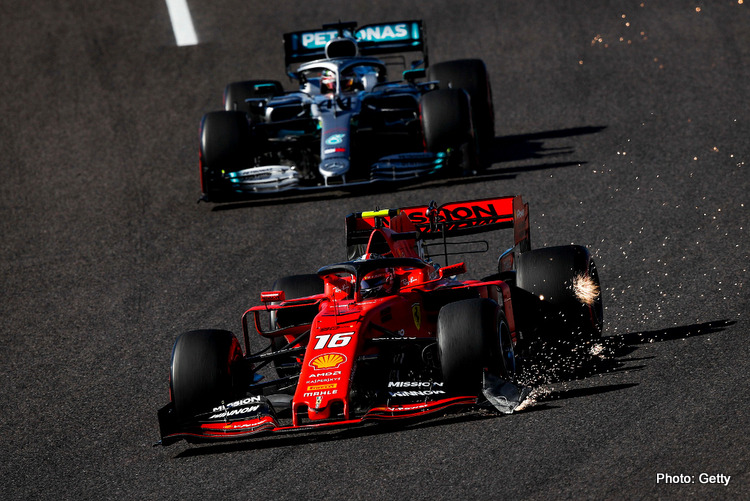 Double Formula 1 World Champion Mika Hakkinen has blamed the litany of mistakes made by Ferrari and their drivers during the Japanese Grand Prix for their defeat at the hands of Mercedes last Sunday in Suzuka.

Writing in his Unibet column, Hakkinen observed, “Ferrari will again realise that this race offered them a potential victory because, even though the Mercedes cars were quicker in the race, track position is everything as Sebastian showed.

“If Sebastian had made a good start and Charles has not run wide at Turns 1 and 2 this could have been a very different story.

“When you make mistakes at this level you will be punished, and especially when a team like Mercedes Benz is ready to take advantage of them,” added the Finn.

The weekend in Japan was heavily disrupted by Typhoon Hagibis, which meant qualifying and the race took place on Sunday. Saturday was a total write-off with Friday offering the only track action before race day.

Hakkinen observed, “After Friday practice, it looked like Ferrari did not have the race-pace to beat Mercedes, but once again they delivered in qualifying and dominated the front row of the grid.

“This time pole position went to Vettel, and teammate Charles Leclerc was unable to challenge. I thought the race would be quite different due to the Mercedes cars being slightly easier on their tyres.

“It did not matter, because both Ferrari drivers made mistakes at the start. Sebastian allowed his car to creep forward before the lights went out, then stopped his car at exactly the times the red lights were turned off! The timing could not have been worse, and I was amazed he managed to make some kind of recovery.

“I have sympathy for Sebastian because the Suzuka start is on a downhill slope and, if you are not careful, the car can start to roll. Especially if you are distracted by making steering wheel adjustments or talking on the radio. You need to keep your foot touching the brake until the lights go out.

“It looked like Sebastian’s bad start distracted Charles because he was also slow off the line and then found himself being challenged around the outside of Turns 1 and 2 by Max Verstappen’s Red Bull Honda.

“Charles ran wide and, when the two cars touched, we lost Max’s involvement in the race – he would later retire due to major damage to his floor. We also lost any chance of Charles battling for the win because he damaged his front wing and had to make that early pit stop.

“There has been a lot of comment about Charles and Ferrari not making a pit stop straight away to repair the damage. In my view, he should have made the pit stop immediately because there is no point racing with a badly damaged wing that is dragging on the ground. You will compromise your performance, damage the tyres and become a danger to yourself or others.

“It is so important not to suffer wing failure at high speed. Remember, it was a damaged front wing which failed and caused Roland Ratzenberger’s fatal accident in San Marino in 1994.

“I think we were quite lucky that, when Charles’ front wing endplate finally came off, it only damaged Lewis Hamilton’s car, destroying his right-hand wing mirror. This could have been a lot worse. Once again we were reminded why the Halo concept has been such an important safety initiative.

“Personally I do not blame Charles for trying to continue. He said the car did not feel that bad, and anyway, he cannot see the front wing from inside the cockpit. However the Ferrari management could see it, and it is not surprising that the FIA imposed a penalty after the race,” concluded Häkkinen.