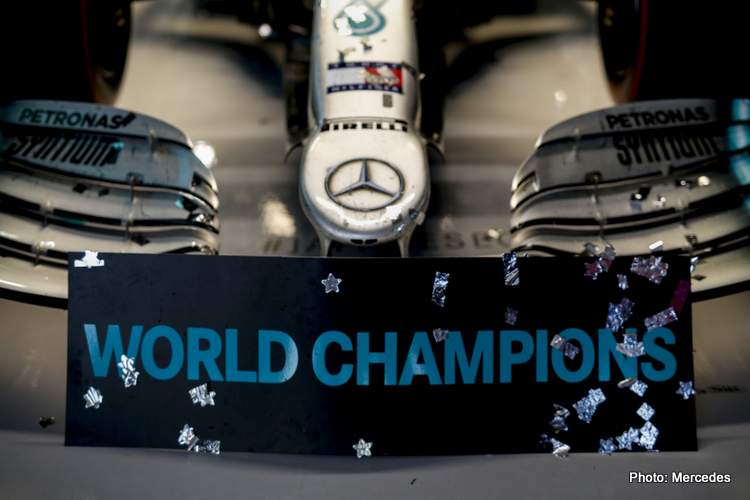 A particularly eventful week even by F1 standards, the past seven days could end up being as notable for what they mean in the future as they do in the present.

Japanese GP Fallout: It was on the cards for a long time already, but Suzuka made it official: Mercedes are the 2019 World Constructor’s Champions. Of course, it wasn’t without drama, given the costly errors by both Ferrari drivers and Lewis Hamilton’s odd strategy, but in the end, the Silver Arrows were simply too damned good. Whether or not they have the best car may be up for debate, but they certainly have the best team, and that counts for an awful lot. Also, in the year where they lost Niki Lauda, it was nice they could send him off with another title. I’m sure he would’ve enjoyed getting another one over on his old employers, too.

As expected, the team have wasted little time shifting their focus to 2020, with Toto Wolff already suggesting they need to “reinvent themselves” for next year. Certainly, Ferrari’s current pace would indicate they’re a threat, but Wolff’s statement reads a little bit like his team’s trademark downplaying of their own capabilities, and I’m sure that just like everyone else, he’s expecting them to be champions again next year.

Lewis’ Strange Admission: Well, this came out of nowhere. Mere days after winning the constructor’s title with Mercedes – and his own sixth world championship soon to follow – Lewis Hamilton has posted on Instagram that he feels “like giving up on everything. Shutting it down completely”, ostensibly because “the world is such a mess and people don’t seem to care”. Suffice to say, if this did happen, it would be one hell of a story.

Personally, I think this is just him venting, and while his environmental concerns are entirely valid, I doubt it will amount to him actually “giving up” on racing.

Not only is F1 not the polluter some might assume it to be, but if Hamilton wants to make a change, it provides him a platform to do exactly that. He has the ear of some of the world’s biggest brands, including one of its largest car companies, and a personal profile to reach the sort of political bigwigs most greenies could only dream of. It would be strange to give that up. That said, if this is the first hint at a retirement announcement, it would be the biggest such shocker since Michael Jordan left the NBA to play baseball in 1993.

Renault Cheating Scandal: A story that should be getting more attention than it is, the potential ramifications of Renault being found guilty of running a “pre-set lap distance-dependent brake bias adjustment system” as Racing Point alleges could be huge.

As Ralf Schumacher says in the article, the French team could be facing a fine similar to the $100 million McLaren had to pay over spygate in 2007, and that coupled with a loss of points for 2019 would be disastrous for a team that, while not exactly hurting for cash, doesn’t seems to be pinching pennies regardless. If Renault is guilty – and at the very least, there seems to be smoke here – don’t be surprised if their exit soon follows.

That said, in the event they are guilty but opt to stay in the sport, it could be a good thing in terms of giving them the catalyst to move-on Cyril Abiteboul. Not just for the continued lack of performance, but also this scandal and the (albeit very minor) one in Singapore, it’s apparent something is going awry for the Enstone outfit, and as team principal, Abiteboul should be made to answer for it.

2021 Regs in Danger? Just when you thought F1 could get on with the business of preparing for the new formula in 2021, along comes some fresh drama. Per AmuS’ Tobi Gruner, only four teams (Renault, Alfa Romeo, McLaren and Williams) are in favour of the changes, and while that doesn’t automatically rule-out their implementation, it does put them in danger.

In short, this is ridiculous. Following through corners is as hard as its ever been, and if we want to ever get rid of ‘gimmicks’ like DRS and the current tyres (the main things that alleviate it), change is needed. Of course the big three teams don’t want change – they can win races already, and any alteration endangers that – but for the good of a sport, this is one ruling where Ross Brawn, Chase Carey, Jean Todt et al, need to push forwards regardless.

On a related note, several other changes have started to surface, with qualifying races set to be trialled at Paul Ricard, Spa and Sochi in 2020, and the usual Thursday ‘Media day’ to be combined with Friday practice from 2021 onwards. I’m definitely in favour of the latter, while the former, I’m definitely not – as they say, if ain’t broke, don’t fix it.