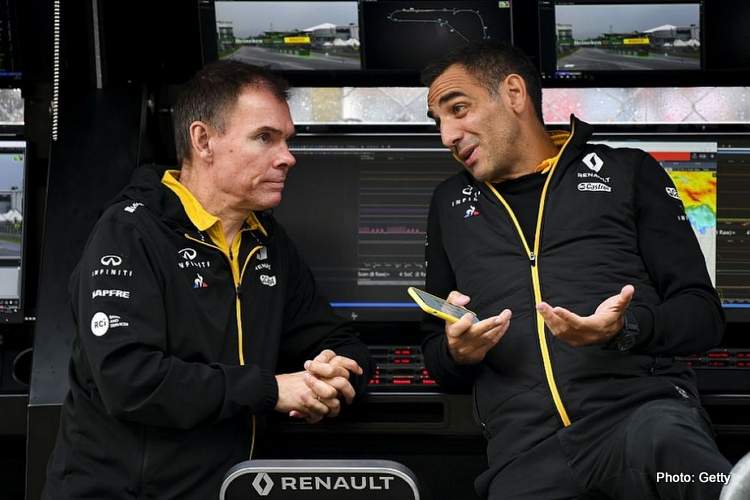 Renault F1 team boss Cyril Abiteboul has played down signs of a crisis for the French outfit who have underperformed this year, the team missed its target of closing the gap to the top three teams in 2019.

And this weekend it emerged that the parent company has ousted its CEO Thierry Bollore, who only assumed the role in January following the Carlos Ghosn corruption scandal.

Not just that, Renault is losing its last remaining engine customer in Formula 1 after 2020, when McLaren – having turned down a closer collaboration with the French carmaker – moves to Mercedes power.

Team boss Abiteboul played down the impact of that, “In particular for next year there is no impact because the engine for next year is done. It’s on the dyno already, so nothing is going to impact what we are doing for 2020.”

2020 is the final year in F1’s current ‘Concorde Agreement’ commercial arrangements, and Renault has been singled out as a major question mark about signing up for 2021 and beyond.

Abiteboul denied that losing McLaren will have a big impact.

“When you have multiple customers, in particular the way that Renault is doing it, we always try to satisfy everyone, so that will be one less distraction,” he insisted. “We will be able to focus on ourselves and just on ourselves.”

The Frenchman also said it won’t hurt Renault’s bottom line, because the outfit supplies the engines “at cost”.

“So frankly it’s nothing,” he said. “It’s not good news, because it’s always satisfying to see your product being used by multiple teams, but in terms of what we need to achieve and deliver for Renault, it has absolutely no impact.”