Toro Rosso: Positive we increased the gap to Racing Point 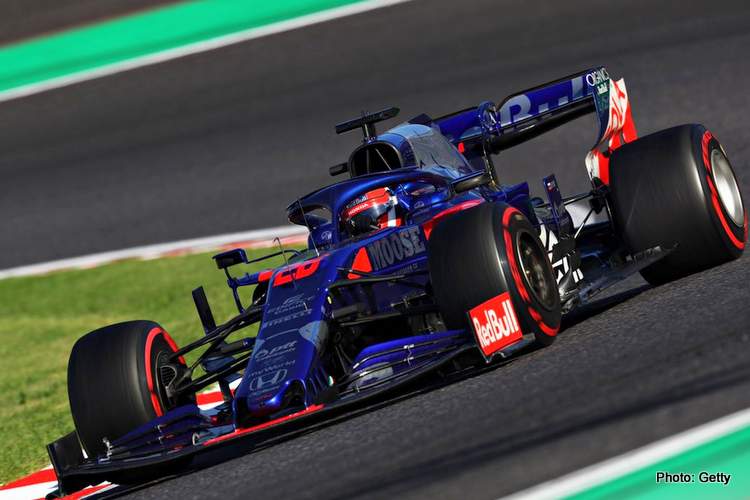 Toro Rosso report from the Japanese Grand Prix, Round 17 of the 2019 Formula 1 World Championship, at Suzuka Circuit.

“I’m very happy with today! It started really well this morning as I made it to Q3 and qualified ninth. We didn’t really expect to make it there after such short preparation, since I missed both FP1 and FP3. I spent most of the race running in P7 and P8, it was really intense as Renault and Racing Point were pushing very hard.

“We had a suspension issue in the middle of the race which made it quite tough, so I just gave it everything I had inside of the car to keep the position. There were some intense battles and I really wanted to make it to the end for the team, Honda, and for the Japanese fans who came out to support us.

“I’m really pleased to score points for the team, especially in Japan…it feels really special! We can be pleased with the day and we can’t wait for the remaining races.”

“This morning everything was OK until the last lap of my Qualifying. I don’t know why I was so slow on the last lap, the car felt a bit different to Friday – the conditions were quite different – but we all had to deal with it in the same way.

“Starting the race from P14 was not ideal and I knew it was going to be tricky. I feel like the race itself was strong, and even if we lost a couple of places at the start, from then on it was a solid recovery. It’s a shame not to score points because the pace was really good. We will need to work in order to improve our Qualifying.”

Jody Egginton, Technical Director: “With no opportunity to evaluate setup changes in FP3, we headed into Qualifying with the cars’ setup based on less data than normal. However, the setup appeared reasonable and Pierre was able to extract nearly everything from the package he had.

“Dany struggled a bit more and, in a very tight midfield battle, small lap time deltas have a big impact on grid position, so he unfortunately started further back than ideal. The race was a very close and entertaining battle with both Racing Point & Renault and Pierre drove especially well, considering we had an issue with the rear suspension which was affecting the rear ride height and rear tyre wear.

“Dany had a tricky first stint, spending quite some time in a DRS train early on, which cost some race time, but following the pit stop he drove well and was close to being in contention for the final point.

“With Sunday comprising of Qualifying and the race, it’s been a busy time for the mechanics, but they have managed the workload very well and deserve credit for this. We now look forward to Mexico and we will be working hard to consolidate our position in the Constructors’ Championship.”

Franz Tost, Team Principal: “After yesterday’s difficult weather conditions, which forced Qualifying to be postponed to Sunday, we showed quite a good performance this morning; Pierre qualified ninth, while Daniil had some problems on his last run in Q2 and qualified 14th.

“Both Drivers had a reasonably good start of the race. We called Pierre in on lap 18 and he was able to stay ahead of Stroll when he re-joined the race. Pierre was capable of holding his position, driving a very strong race and defending well, finishing in eighth position.

“He was able to get the maximum out of the car, especially considering that we detected a problem on his suspension, which made his car more difficult to drive. Pierre had to be very careful – especially on the last laps – not to lose the rear, but he managed it in a professional way, showing very good car control.

“Daniil stayed out longer as we brought him in on lap 27. He showed a good performance overtaking many cars, but unfortunately, that wasn’t enough to score points. However, it’s positive that today’s race increased the gap to Racing Point by two more points.

“We now head to Mexico for the last back to back races of the year, where we hope to continue to score points.”