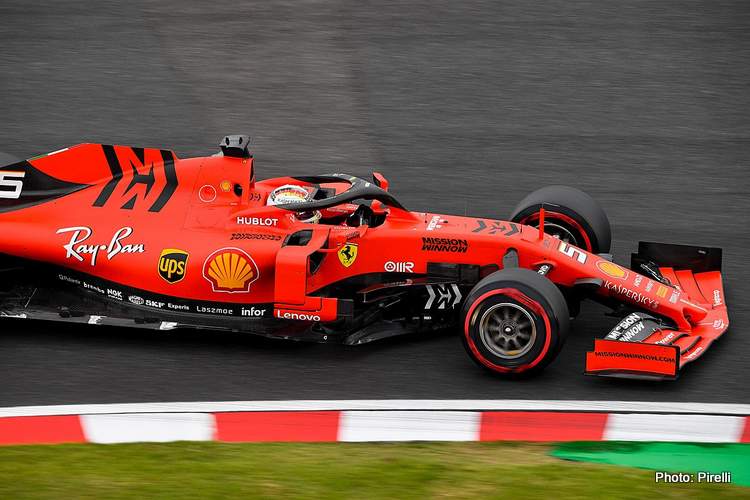 For the first time in ten races, Sebastian Vettel was able to get the better of his teammate and indeed, the rest of the field, to lead a stunning turnaround for Ferrari in qualifying for the Japanese Grand Prix.

Continuing the Scuderia’s remarkable revival since the summer break, Vettel’s 1:27.064 was 0.189 seconds faster than Charles Leclerc, with the Mercedes pairing of Valtteri Bottas and Lewis Hamilton unable to touch them.

Possessing a significant pace deficit to the Mercedes’ on Friday, it seemed the day-off on Saturday did Vettel and Ferrari a world of good, culminating with both of Vettel’s times in Q3 being good enough for pole position.

The German’s first pole since Canada, his lap here at Suzuka also brought to an end his nine-race streak of being out-qualified by his teammate in performance that even he wasn’t expecting.

“We are quite surprised to be honest. We didn’t expect to have the front row. So very happy. The car was unbelievable,” said Vettel afterwards.

Conversely, the session was nothing short of a disappointment for Bottas and Hamilton, who will start third and fourth respectively.

“It should be a good track for us and Ferrari, once again, from Friday out of nowhere once they package it all together they are very quick.

“The car is generally well-balanced but we are just lacking on one lap at the moment.

“On the race pace we are looking good, but obviously if you’re starting behind it’s a problem.”

With only three hours between the end of qualifying and the start of the race, it appears the Silver Arrows have some serious work to do if they want to turn the tables.

Further adrift but still in a class of their own, the Red Bulls of Max Verstappen and Alexander Albon qualified fifth and sixth respectively, remarkably with the exact same time of 1:27.851.

McLaren’s Carlos Sainz and Lando Norris were seventh and eighth, albeit well over a second off the leaders.

Pierre Gasly and Romain Grosjean rounded-out the top ten, taking full advantage of the difficulties experienced by several of their midfield rivals.

Antonio Giovinazzi continued his strong run of form, qualifying P11, with the Racing Point of Lance Stroll alongside him.

Nico Hulkenberg will start 15th, his Q2 cut short by a loss of hydraulic pressure, albeit still better than Renault teammate Daniel Ricciardo, who couldn’t manage a clean lap on his way to being the last Q1 cut-off.

Sergio Perez and George Russell will start 17th and 18th respectively, the last runners to set an actual time.

Both Kevin Magnussen and Robert Kubica’s sessions were short-lived, the gusty conditions helping them on their way into the wall early in Q1. 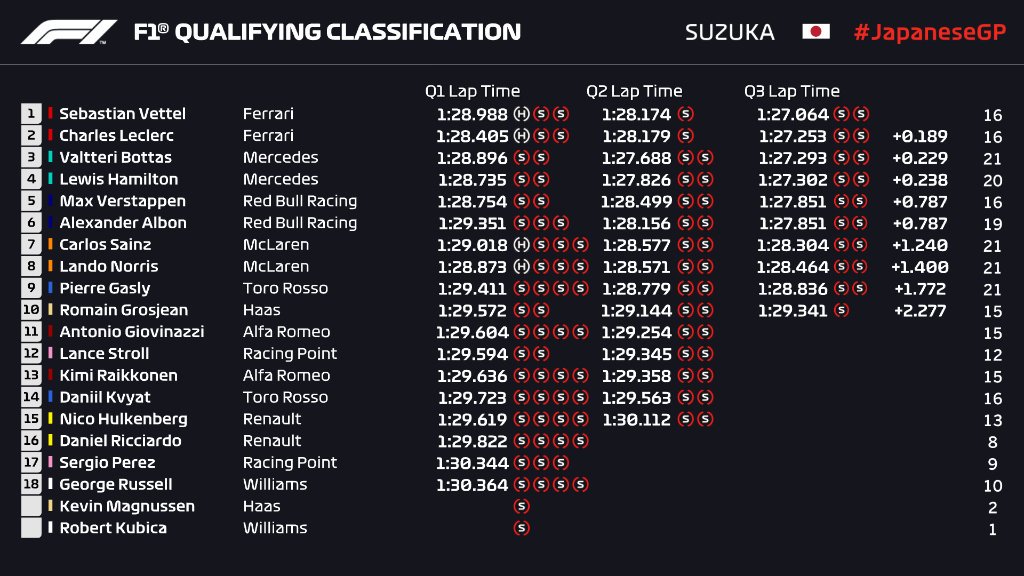