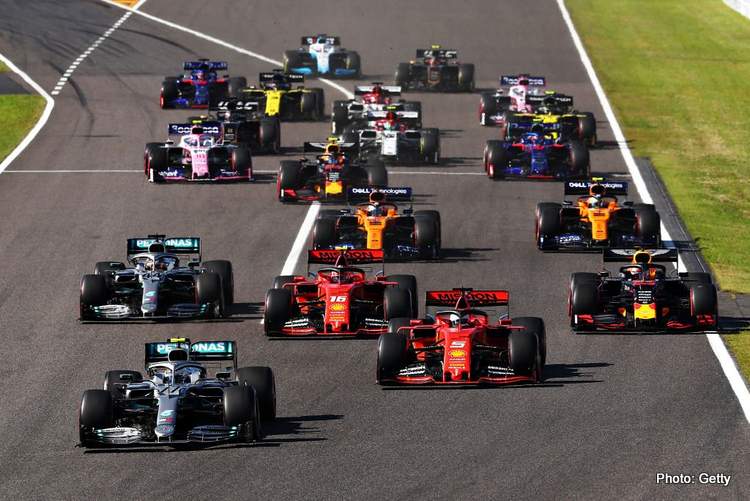 Mercedes driver Valtteri Bottas won the Japanese Grand Prix with a two-stop soft-medium-soft strategy, on a track that was made quite unpredictable due to an enforced day off yesterday following Typhoon Hagibis.

Not only did Saturday’s heavy rain wash away the rubber laid on Friday, but teams also lost a lot of running, with FP3 cancelled and qualifying taking place on Sunday morning.

Nonetheless, the fastest race lap set by the Mercedes of Lewis Hamilton broke the lap record established by Kimi Raikkonen that had stood since 2005.

Mario Isola: “On top of all the rearrangements to the schedule following yesterday’s typhoon, which washed the track clean of rubber, the warmer conditions also meant that the teams were dealing with a number of unknown quantities heading into qualifying and the race – both held within a short space of time today.

“It was mainly a question of developing the strategy during the grand prix, with a number of different tactics seen from one to three stops, as competitors reacted to their rivals’ strategies. All three compounds were used during the race, with four different strategies in the top six, a thrilling tactical battle for the runner-up spot, and lap records broken in qualifying and the race.

Congratulations to Mercedes for another well-deserved constructors’ championship victory.”