Honda: A frustrating afternoon at Suzuka 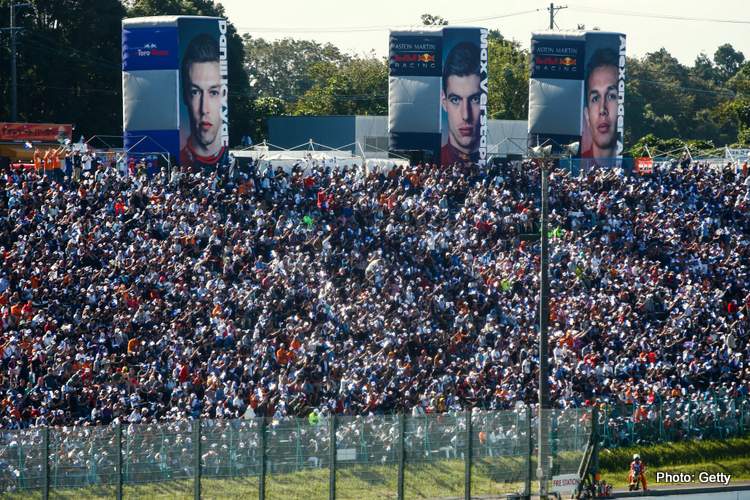 A frustrating afternoon at Suzuka still yielded points for both teams, but it was a case of what might have been for Aston Martin Red Bull Racing.

After qualifying on the third row in Sunday morning’s delayed session, Max and Alex had contrasting fortunes at the start. Max made an excellent start to attack Charles Leclerc around the outside into Turn 1 for third place.

While Max looked to be more than half a car length ahead through Turn 2, Leclerc then understeered into him, with the contact spinning Max round and sending him off track. Max tried to fight on from the back of the field but the damage to his car was too great and he was forced to retire at the end of lap 15, with the incident being investigated after the race.

Alex, on the other hand, lost two positions to the McLarens off the line, but soon muscled his way past both to run in fourth place. A two-stop strategy – pitting for mediums on lap 15 and then another set of softs on lap 34 – secured a comfortable fourth, the best result of his Formula 1 career to date. Pierre started from ninth place and fought with the McLarens early on, but opted for a one-stop strategy and stopped for medium tyres on lap 18.

That meant a long second stint was needed and although his tyres faded at the end as he dropped behind Daniel Ricciardo’s Renault, he held on for an impressive eighth-place finish after the race was called one lap early on lap 52. Daniil’s race followed a similar strategy to Pierre’s, pitting on lap 27 for medium tyres and enjoying a strong final stint.

In such a tight midfield battle, Daniil crossed the line just over seven seconds behind Pierre but the close fight saw three cars between them as he was classified 12th.

Toyoharu Tanabe, Technical Director: “This was a busy day for all the teams, with the unusual schedule, during which we managed to get three of our four cars into the top ten in the morning qualifying, which was satisfactory.

“Verstappen’s realistic chance of a podium disappeared almost immediately after his collision with Leclerc, which led to him retiring in the garage with a badly damaged floor.

“For a first visit to Suzuka, Albon did exceptionally well as did Gasly, who finished in the points after just missing out on the top ten last year in Suzuka. It was great to see the grandstand with 12,000 Honda fans and overall, a bigger crowd than in recent years.

“Everyone in the Honda team appreciated their support. Today’s result did not live up to our expectations, so we want to come back stronger next year and give our fans something more to cheer about.”