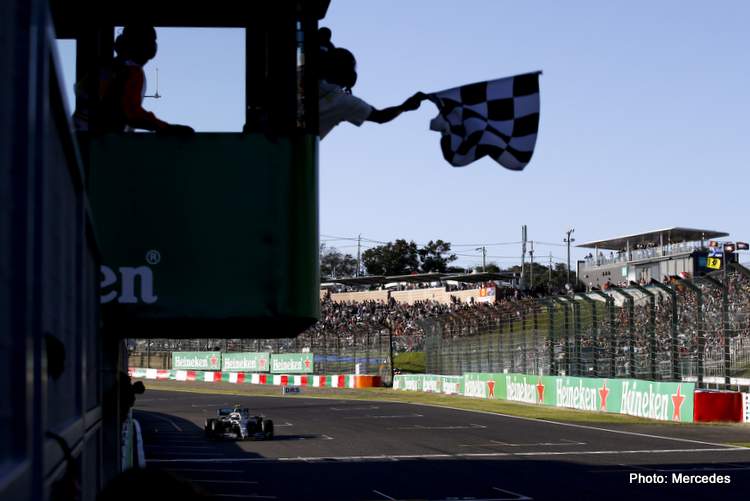 Formula 1´s governing body said it suspected a systems glitch was to blame for Sunday’s Japanese Grand Prix ending a lap early, with Mexican Sergio Perez officially finishing ninth and in the points despite crashing out.

The race, won by Mercedes driver Valtteri Bottas, was called after 52 of the 53 laps had been run when the digital display mounted on the starting lights gantry flashed the chequered flag symbol to signal the end of the race.

Drivers continued at racing speeds for another lap but, despite the actual chequered flag being waved at the end of the 53rd, the positions after the 52nd lap stood as the final result.

That meant Perez, who crashed his Racing Point at the start of the 53rd, took two points.

“From what we´ve seen it´s a system error,” Formula 1 race director Michael Masi told reporters. “It´s something that we´ve got to investigate. I´m not going to pre-empt what it is or wasn´t.”

Under new rules introduced this year, the digital chequered flag supersedes the actual physical flag, as the official signal indicating the end of the race.

Vettel and Ferrari teammate Charles Leclerc said the chequered flag signal had not come upon their steering wheel displays.

Masi added that teams had been told to race on to the full distance of the race.

Asked if the glitch could have developed as a result of the systems being reconnected after being dismantled in preparation for Typhoon Hagibis, Masi said the FIA was still looking into the causes.

“I´d hate to speculate on what it is,” said the Australian who took over after the death in March of former Formula One race director Charlie Whiting.

“We pride ourselves on doing things perfectly but it´s one of those that hasn´t happened before with the chequered flag board and we´ve got to investigate why.”

Formula One is no stranger to chequered flag mix-ups.