Morning After: An All-Important Practice 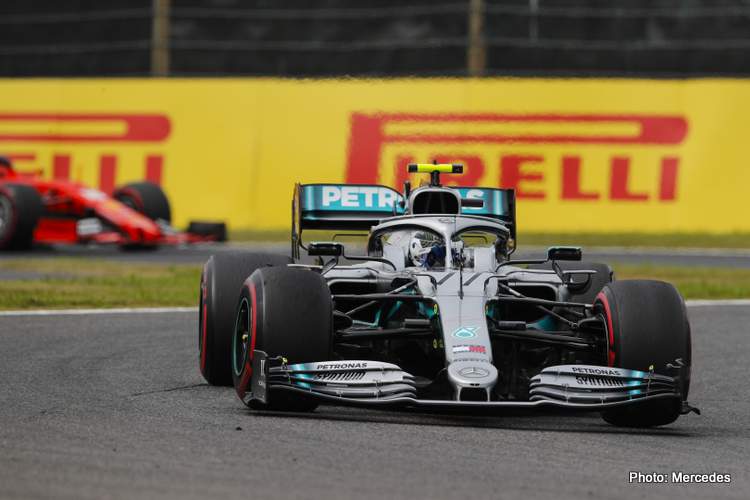 With Saturday’s running cancelled with the looming Typhoon Hagibis, F1 teams had to make the most of the opportunity they had on Friday at Suzuka.

So much for all the talk about needing to “spice up” Friday practice.

As it turns out, all you need is a typhoon to completely ruin any chance of Saturday running, and the first day of a grand prix weekend takes on an entirely different dimension. Of course, it’s not ideal to have an entire day with no action (and it might be a bit difficult for Liberty to replicate it at future races) but what we got on Friday – and what we’ll get on Sunday – should get us our money’s worth.

Forced to do quali and race prep in the same session, FP2 gave us a particularly illuminating picture of the pecking order here in Suzuka, and an interesting one at that.

Ferrari, who seemingly had the best car on the grid after Singapore and Sochi, once again find themselves behind Mercedes and the Red Bull of Max Verstappen, on both one-lap and long-run pace. On one hand, that’s not too surprising – Mercedes are traditionally strong here, and also brought a new aero upgrade – but on the other, to be also behind Verstappen – despite this being the same RB15 run in Sochi – suggests the circuit has brought to the fore the Scuderia’s weakness in higher-speed corners.

Indeed, considering Lewis Hamilton – the man who has won five times here – wasn’t even the fastest of the two Silver Arrows, I would expect Mercedes to stretch their advantage come Sunday. Short of another Singapore-esque turnaround, the golden run is over, at least for the time being.

1.929 seconds. Average margin between Lewis Hamilton’s session-best medium tyre race sim (9 laps) and Sebastian Vettel’s run (10 laps), which funnily enough, is something of a good sign for Ferrari fans. Clearly the Scuderia took a different approach to Mercedes here, although whether they have enough still in hand to be competitive remains doubtful.

€7,500. Fine levied on Guenther Steiner for calling a steward “stupid” and “idiotic” after the Russian GP. Not exactly what I would call “moral injury”, but I suppose some of us are more sensitive than others…

The one race where Lewis Hamilton can say it and actually mean it, Japanese fans = best fans. I mean, who needs a track map when you’ve got someone like old mate with one on his head?

Interesting to see the impeding ban on tyre blankets in 2021 has been walked-back somewhat, the plan now being to remove them “over a period of time” to help teams “have a reference” for the new tyres before introducing the additional challenge.

If you’re still in need of a motorsport fix on Saturday, the top-ten shootout for the Bathurst 1000 takes place at 06:00 GMT. Well worth getting up for.