Drivers chill out while team bosses meet with Carey 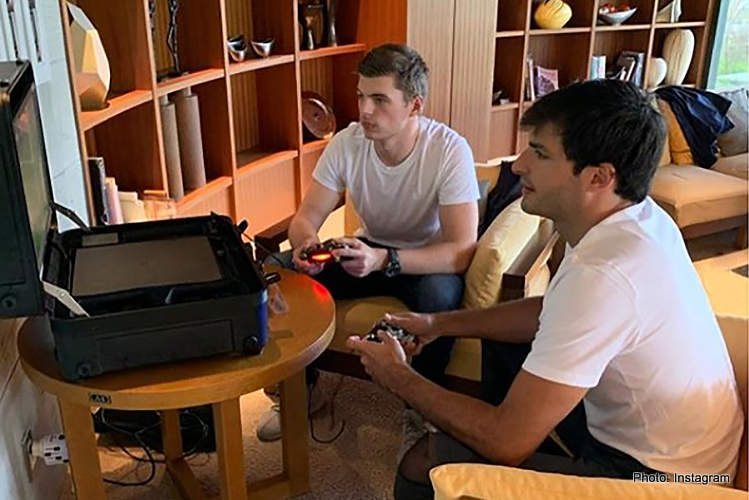 At the same time, drivers entertained themselves on Saturday, bunkered down at Suzuka’s circuit hotel. Only two staff members per team are allowed at the actual track to monitor team equipment as the powerful typhoon moves across the region.

“We have packed food and water and are ready for an emergency,” Kevin Magnussen told BT newspaper. “I hope the hotel doesn’t blow away!”

Before the paddock emptied late on Friday, sandbags were put in place, the teams dismantled their pitwall infrastructure and placed expensive equipment on higher ground, and the podium was disassembled.

On Saturday, Max Verstappen hosted his mates, including Lando Norris, Carlos Sainz and Sergio Perez to a FIFA20 video game, while Romain Grosjean found himself a Tamiya model kit of a six-wheel Tyrell which he built on the day.

Meanwhile, F1 team bosses were invited by Carey to a suite at the circuit hotel to informally discuss the 2021 rules that are expected to be announced.

Wednesday of next week will be the last official meeting involving Formula 1 and the FIA before the delayed end-of-October deadline for agreement about the 2021 rules falls.

A big risk is that the teams will continue to disagree, raising the possibility that Ferrari will throw the entire process into further disarray by using its unique and controversial ‘veto’.

“There are still a lot of open points and discussions,” Ferrari’s Mattia Binotto revealed at Suzuka. “How all these discussions concludes is very difficult to say at the moment.”

As for that veto power, Binotto is not ruling out having to wield it, “We believe that as Ferrari, because of what Ferrari represents for F1, we’ve got an important voice in the discussions.

“In terms of the veto, I think I said last time in Sochi that it would really be a shame. I think we’ve got a good and open discussion with the stakeholders at the moment and I’m somehow hopeful that we can find the right compromise at the end,” he added.

Most competitive Saturday we’ve had in years 😅🎮⚽️