Wiliiams: We have some clear set-up directions to work on 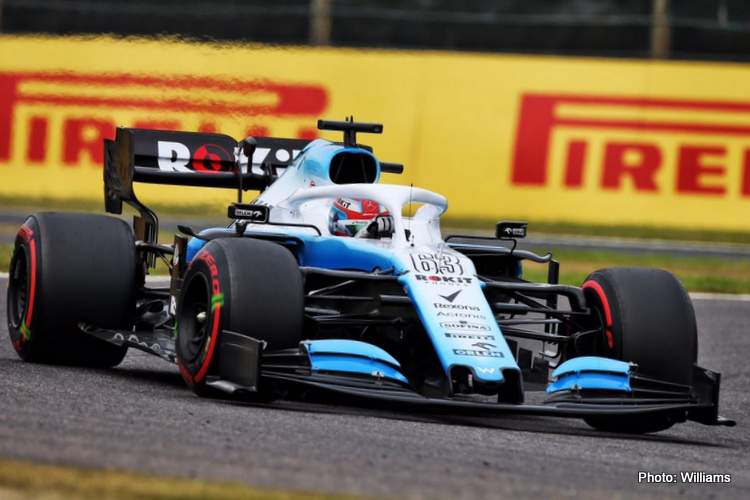 Williams report from the first day of free practice of the Japanese Grand Prix weekend, Round 17 of the 2019 Formula 1 World Championship, at Suzuka Circuit.

Dave Robson, Senior Race Engineer: “The anticipated arrival of the Typhoon Hagibis, and consequent pre-emptive cancelling of Saturday’s running, meant that today was busier than normal. Teams were able to use tyres normally destined for FP3 today.

“Furthermore, with the FIA having clarified that the FP2 standings will be used to establish the grid in the event of qualifying being cancelled on Sunday morning, the teams made a more concerted effort to go quicker than they normally would on a Friday.

“We spent time today evaluating a new front wing concept, which we did on both cars. We collected some useful data in a range of conditions and are starting to get a good sense of how the car’s behaviour has changed.

“Robert ran the new wing throughout FP2 and felt an improvement over the baseline. We will review all the data tonight before deciding how and when to continue the experiments.

“Both drivers enjoyed productive FP2 sessions as they began preparing their cars for the running on Sunday. We have some clear set-up directions to work on overnight, but exactly how the cars will perform on Sunday will likely depend on the condition of the circuit and the resulting tyre behaviour.

“Whilst we will continue our normal preparations for qualifying and the race, we also wish everyone in the path of the typhoon a safe and secure night, and we hope that the intensity reduces sufficiently to ensure a safe passing.”

George Russell: “It was great experiencing Suzuka for the first time. It’s an incredible circuit, one of the best I’ve ever driven. I was pretty pleased with my laps, although the pace was probably not as strong as I was expecting. We did a lot of aero running; in FP1, we back-to-backed the front-wings across both cars to gather more info, as we had different sensors on each.

“We’re still yet to have the full analysis as there is a lot of data to gather, but the guys have got all day tomorrow to look at it to see what is what! We did everything that we wanted to today so that was spot on.

Robert Kubica: “Today was a busy day as qualifying is postponed until Sunday because of the weather risk. We had to fit in more runs and use more tyres, like everyone else, so it was busier and more varied than usual.

“We do not know what the weather will do on Sunday, so we adapted our Friday programme, adding short runs with low fuel to get a good lap time in case qualifying is cancelled. Sunday will be a compact day with lots of action, and let’s hope that the weather clears up.