Toro Rosso: We were hoping for a bit more performance 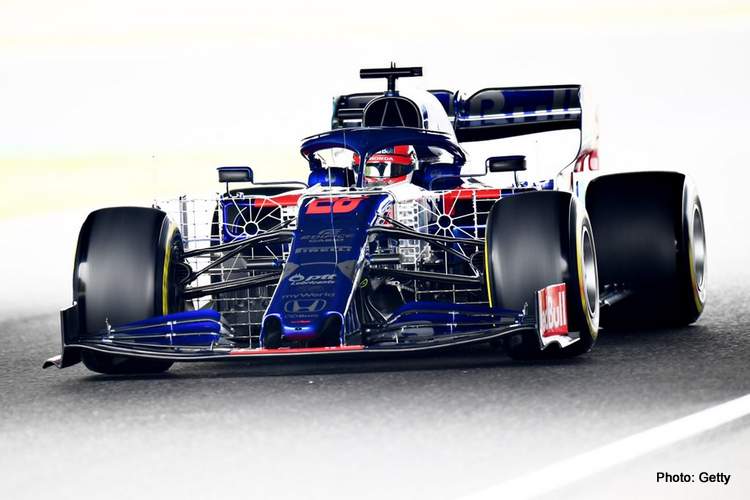 Toro Rosso report from the first day of free practice of the Japanese Grand Prix weekend, Round 17 of the 2019 Formula 1 World Championship, at Suzuka Circuit.

“It was a good session, we had a productive FP2 as we knew tomorrow is cancelled so we had an intense programme which was a bit different to usual, it was very busy and we completed many laps.

“In FP1 we were not where we wanted to be with the car, but in FP2 we made a good step and the car felt better, which was good progress. Overall, we were quite happy with the car and what we managed to do in FP2, we will see if there’s room for improvement for Sunday but going straight into Qualifying will be interesting!

“The conditions may be different to today, it could be windier, so it takes a bit of time to adapt and it will come down to how fast you will be able to find your rhythm.”

“I spent the session getting used to the car; the power is amazing! I was very surprised, I have never felt such power before, so that was the biggest difference between Super Formula and Formula 1. I learnt a few things about the car and the balance, and I gave as much feedback as possible to the team.

“This is my home Grand Prix and there are a lot of fans coming to Suzuka, even for FP1 on a Friday! I was really surprised and I would like to say thank you very much to all of the Honda and Toro Rosso fans. For sure I wanted to have a better result than 17th.

“But the most important thing is that I didn’t crash and I provided good information for the engineers. I wish the team a great result this weekend, especially Pierre as he gave me his car – I am grateful to him.”

“It was quite a chilled morning on my side watching FP1. It’s really great to drive around Suzuka, one of my favourite tracks, and even though I only had one session, it was very enjoyable and I’m really excited for Sunday.

“We knew FP2 would be really important as Saturday is cancelled, so we tried to do as many runs as we could. We did a combination of Qualifying and race preparation and we managed to do many laps and end up with the ninth fastest lap.

“However, the car was a bit tricky so we need to study everything we trialled today, as it’s OK but we can still find some more performance. We’ve got more time than usual to work and find the best solutions for quite a busy Sunday.”

Jonathan Eddolls, Chief Race Engineer: “It was great to welcome Naoki san to the team and give him the opportunity to drive the STR14 in FP1 – the atmosphere around the paddock and garage created by Naoki driving the STR Honda in Suzuka was fantastic.

“He drove Pierre’s car and did an extremely solid job for the team. From his first lap you could tell he was on it and he built up the pace lap to lap during this run.

“Switching to the Option compound for the second run, he extracted the expected improvement in grip from the track and tyre, setting a competitive lap time. He obviously knows the circuit well but this was an impressive session for his first outing in an F1 car!

“Daniil’s main aim in FP1 was to complete some aero testing, which included running a rake at the start of the session. General balance was understeer in the car during the session and, even with aero and mechanical changes, we were unable to get a good balance on the car and this was reflected in the lap time – particularly in sector 1.

“We could see there were a selection of rear wing levels being run across the field and this caused a spread of competitiveness sector to sector, which we would have to analyse for FP2.

“We received the news that Saturday running would be cancelled, which meant we could bring the FP3 tyres forwards and use them in FP2, so each car had three new Options and one new Prime, making FP2 a very busy and exciting session. We made a number of changes to both cars for FP2 with the target of improving the front end – understeer here is very penalising.

“We knew there was a risk with this approach given the likely traffic of others on high fuel, but in the end we could find good track position and he was able to get the most out of it.

“The changes improved the front end and general performance, which was positive, but we were hoping for a little bit more performance from the car than we showed today. This was the final running before Qualifying, so we have a lot of analysis to do tonight and prepare the cars for an early start on Sunday!”