Honda: Enjoyable to work with a Japanese driver in F1 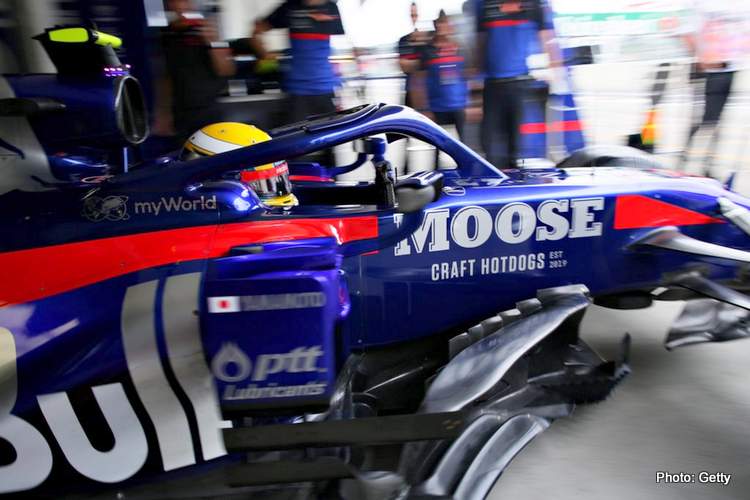 A busy day of Friday practice for the Honda-powered teams saw the Formula 1 debut for Naoki Yamamoto and could set the grid for Sunday’s race in Japan.

Naoki took over Pierre’s car for FP1 and delivered an impressive performance in his first ever F1 session, completing 30 trouble-free laps and setting competitive lap times to finish the session one position and 0.1s behind 16th-placed Daniil.

For Aston Martin Red Bull Racing, Max was fifth and Alex sixth in the opening session. With Saturday’s track running cancelled due to Typhoon Hagibis, qualifying is scheduled to take place on Sunday morning.

However, if that isn’t possible then the FP2 results will be used to set a grid, and based on those Max will start from third place. Max was just under 0.3s off the fastest time in that session, and it was a similar gap back to Alex in sixth once again on what is Alex’s first visit to Suzuka in F1.

Pierre returned to action in FP2 and completed a late lap on soft tyres in case there is no qualifying on Sunday, registering the ninth fastest time to make it three Honda-powered cars in the top ten.

Daniil was only 0.158s off Pierre’s time but in a tight midfield that left him 12th quickest overall. We will now analyse all of the data and prepare for Sunday’s condensed qualifying and race schedule.

Toyoharu Tanabe, Technical Director: “We are very pleased to be racing at our home track here in Suzuka. Due to the threat of the typhoon, all track activity is cancelled tomorrow, therefore we changed our programme today, running our entire qualifying and race set up in FP2.

“It’s a shame for the Japanese fans who have been looking forward to this weekend and it is a shame for us too at our homes race, but safety concerns must come first. In terms of today’s sessions, the initial signs are encouraging with both our teams looking competitive.

“As for Naoki Yamamoto, who drove an F1 car, the Toro Rosso, for the very first time today, he was able to do a good job and provide useful feedback for the engineers. From a personal point of view it was enjoyable to work with a Japanese driver in F1, speaking in Japanese!”