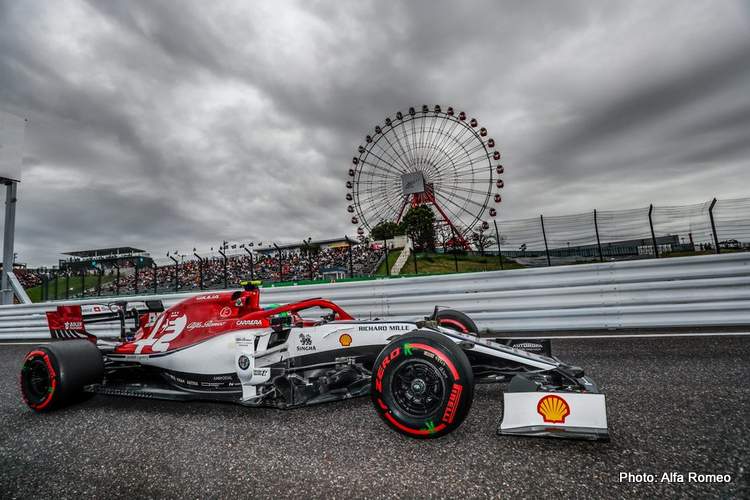 Formula One race weekends are fairly regular affairs. The event proceeds along tried and tested lines, its times as second nature as a morning wake-up-and-get-up routine for the paddock regulars.

Formula One race weekends proceed like clockwork. They are immutable. Well, almost.

It took the force of potentially one of the biggest typhoons to hit Japan in decades to disrupt the schedule of our sport. With dark clouds gathering over Suzuka and the threat of torrential rains and winds reaching speeds of up to 190kph, safety took centre stage and the local promoters decided to scrap the Saturday programme.

The paddock shuts down, FP3 is cancelled and qualifying shifts to the following morning, creating a Super Sunday-style showdown of a day.

As for Saturday, we’ll hunker down and take cover as nature unleashes its power over Suzuka, hoping everyone keeps safe. Once the rain stops and the skies clear, we’ll get back to take care of unfinished business. Sometimes, even the seemingly immutable schedule of a race weekend needs to yield to Mother Nature.

“It was a fairly straightforward Friday for me. We did a bit more running than we originally planned to make up for the lack of FP3 tomorrow, but in the end the change of plans did not affect us much. We’re just outside the top ten and the gaps are very small.

“We will try and find some more performance with the engineers, as you can always make some progress after practice, but it’s impossible to say where we’ll be come qualifying. We’ll just wait and see what happens on Sunday – it will be close.”

“We lost most of the running in FP1 due to a hydraulic leak, which is never the best way to start a weekend. Suzuka is a new track for me and it’s quite a challenging one, so it would have been important to have as many laps as possible: at least we tried to make up for the lost time in the afternoon, and we had some good mileage in FP2.

“Even after only two sessions, I can say Suzuka is the best track I ran on in F1 so far. Unfortunately, the weather means we’ll sit the day out tomorrow and miss FP3, which doesn’t make my weekend any easier. In any case, we will push to find the best setup tonight and get a good result in both qualifying and the race on Sunday.”