Midweek Wrap: Hamilton Weighs In, Busy Week for Max, Jacques is Back 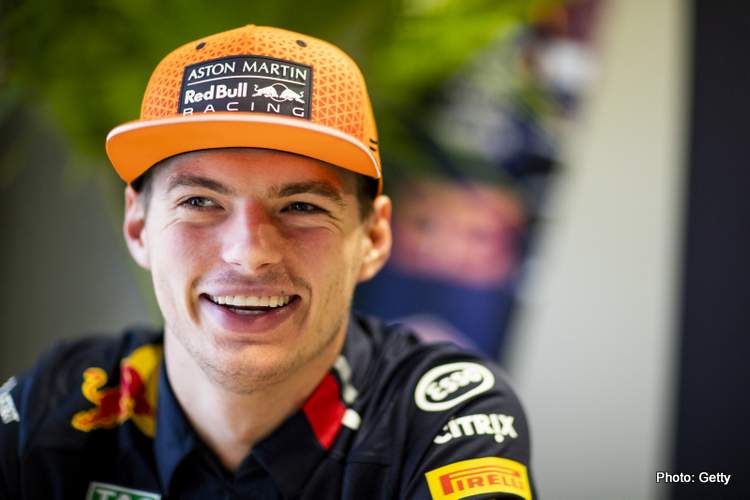 Despite no race this past week, the F1 news cycle has been made to work overtime, courtesy of some of the sport’s biggest personalities.

First off, apologies for the lack of a wrap last week (I’m sure you all really missed it) – kidney stones are no fun, as I have now learned first-hand. Anyway, onto the stories!

Hamilton Speaks on Brewing Storm at Ferrari: It was the story of the Russian GP – the team “orders” fiasco between Seb Vettel and Charles Leclerc after both felt entitled to the lead of the race, only to see victory elude them entirely as Lewis Hamilton swooped in. Speaking on what happened between the reds, Hamilton highlighted the effectiveness of his working relationship with Valtteri Bottas, implying the “respect” the two share would prevent any similar communications breakdown.

That said, I think we can all agree it wasn’t this rosy when Hamilton felt threatened by Nico Rosberg – and certainly not by Fernando Alonso. Sure, you could argue that now at 34 and in his later years on the grid, Hamilton might’ve moved beyond such squabbling, but more likely, as much as Hamilton respects Bottas, he doesn’t fear him, and therefore has no need for the animosity that is starting to fester at the Scuderia.

Max Stays in the Headlines: What a week for Max Verstappen! His car may be relegated back to third-place in the pecking order, but he’s certainly kept his personal dominance going in the all-important F1 news cycle.

First, there was the “two-tenths” remark on Friday, which is as baseless as it is understandable. Baseless because… well, Lewis Hamilton and Charles Leclerc are in different cars, and comparative performance can vary from weekend to weekend, but understandable because what else do you expect an elite athlete to say? Someone as good as Verstappen certainly isn’t going to concede they’re better, and indeed, you could make the argument that giving himself only two tenths is actually, in a way, humble.

Secondly, there was his criticism of the RB15 and Helmut Marko’s subsequent response. Now in year five of his F1 career and still yet to get a car capable of championship contention, he’s obviously starting to get a little impatient, a fact he is not trying to hide from the press. While I don’t think he’s going to go full “Fernando Alonso” on Honda any time soon, there’s definitely the potential for this to turn into a bigger deal should they not deliver the power unit to compete in 2020, and let’s face it, for all the strides they’ve made, they’re still well-off Ferrari and Mercedes.

Finally, and naturally following from the previous story, Max has acknowledged he will take his time before deciding where to race in 2021. However, as the article astutely points out, exercising patience is unlikely to remove the two biggest obstacles stopping him from a switch to Ferrari or Mercedes in the aforementioned Leclerc and Hamilton. Being pitted directly against either one is liable to end in tears, and that means his only real option as things currently stand is to stick it out with Red Bull. That said, new options could emerge should the playing field actually be more level post-2021 – maybe McLaren… or even Renault? Yeah, I wouldn’t hold my breath.

Jacques Barks, is He Taking Us for a Lark? What’s that they say about death, taxes, and Jacques Villeneuve causing controversy? Once again, the 1997 world champion is at it, suggesting Michael Schumacher and Lewis Hamilton have only won their gobs of titles because they “always had the best car”. Unsurprisingly, it hasn’t gone down that well.

While I don’t think anyone would disagree that driver’s championships are closely related to the performance of the car they are driving, it’s a bit simplistic to leave it at that. Obviously, if someone like Hamilton or Schumacher was driving the current Williams, they wouldn’t be in contention, but the reason they’re not is because they’ve built a career-long reputation of being bloody quick in just about everything they’ve driven, and it follows that if you’re a team with what you believe is the fastest car, you want the fastest driver in it.

As an additional side note for Hamilton, I believe you can make a very good case he didn’t have the best car in either of his past two championship seasons, and depending on how dominant Ferrari are to finish this season, that might be the case again this year. Sorry Jacques, you’re off base with this one.