Verstappen: Many question marks after 2020 so no hurry 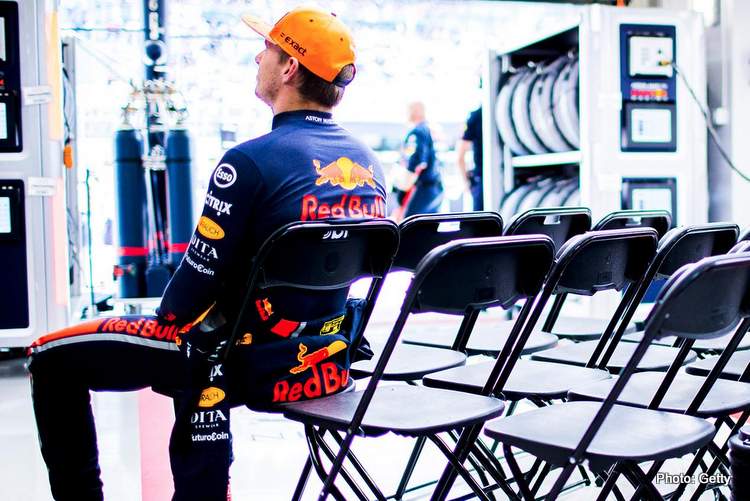 Max Verstappen says he currently will not commit to Red Bull beyond the end of his contract as the 2021 Silly Season fires up amid a host of big team driver contracts up for renewal come to the end of next season.

Earlier this year, there were rumblings about a performance-related exit clause in his contract, but the Dutchman now remains firmly tied to Red Bull until the end of 2020.

However, a spate of recent comments in the media by Verstappen and his father Jos have indicated that they are disappointed with Red Bull’s progress in 2019.

Auto Motor und Sport asked 21-year-old Verstappen about his 2020 contract, and whether he is starting to think about what to do next.

“I’m not too worried,” he replied and added, “First of all, I want to take a close look at everything that has been promised and what actually matters. We want to win races and the championship next year, that’s why I’m here.

“Red Bull and I are working towards that goal. But there are so many other question marks after 2020. What’s happening generally with Formula 1? That’s why I’m taking my time. I’m not in a hurry,” Verstappen added.

The obvious implication of Verstappen’s comments is that he may be considering a move to one of the other two top teams, Ferrari or Mercedes.

Verstappen acknowledged that, in the past few years, Red Bull has lagged behind those top teams, “In the years after the team won the championships, the engine deficit didn’t help us.

“I think the philosophy was always to have a solid base and then catch up, and it worked from 2010 to 2013, but since then the other teams have improved.”

When asked if it will be better in 2020, Verstappen answered: “We will try. But we have tried in the last few years too, we need to analyse exactly what we can do differently and then do it better.”

In reality, the 22-year-old’s options for the future – other than his current Red Bull cockpit – is a berth with either Mercedes or Ferrari.

Lewis Hamilton has all but confirmed he will remain with the Silver Arrows in 2021 and most likely beyond that, while Valterri Bottas will again have to warrant his drive. If there is a chance for a race seat there for Verstappen it would hinge on the Finn not doing enough to impress his paymasters.

And thereafter Mercedes taking on the Dutchman to go head-to-head with Hamilton sounds like a box-office partnership, but does Toto Wolff want the inevitable migraines?

At this delicate stage, Sebastian Vettel’s future at Ferrari beyond next year is something of a mystery and will remain so for the short-term. How the feud with young gun Charles Leclerc pans out will be decisive.

But, even if the German does depart Maranello, it is hard to imagine Mattia Binotto pitting Verstappen with their rising star after the ‘civil war’ he is now adjudicating over right now.

Thus, it can be argued that Verstappen does not have many options other than Red Bull for the foreseeable future. Despite his confidence, it would not be hard to imagine that Team Max are hinging their hopes on what inimitable Murray Walker oft-touted: “Anything can happen in Formula 1… and often does!”