Renault: We’re still in the battle for fourth 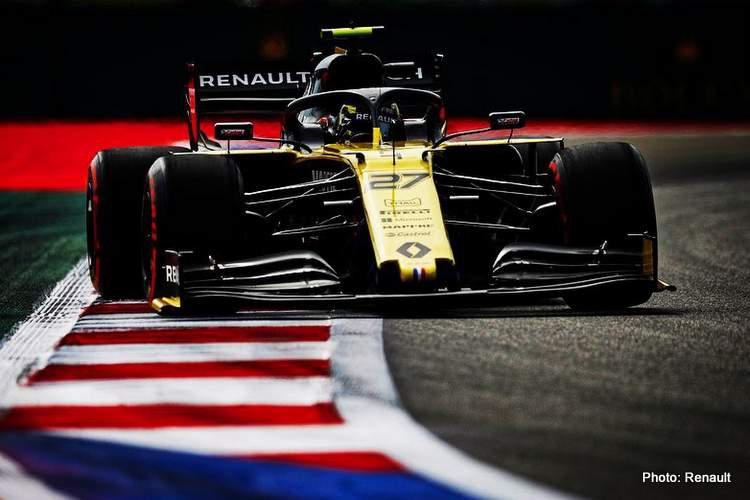 Drivers Nico Hülkenberg and Daniel Ricciardo share their thoughts on the challenges of Suzuka, while Chassis Technical Director Nick Chester provides an update on the team.

Nico Hülkenberg: “Japan is a unique Grand Prix and one of the races I look forward to during the year. Everything about it makes it special. The track is one of the best, the fans are very passionate and amongst the most enthusiastic of the season and it’s just a special weekend. It’s obvious we missed out on points in Singapore and Russia and that’s frustrating given our competitive pace and qualifying positions.

“We’re still in the battle for fourth. Our Sunday’s especially have to be cleaner, but that’s down to a range of factors: on my side, on the team’s side and some things we can’t control. We have to target big points in Japan.”

Daniel Ricciardo: “There’s no place like Japan. The whole culture there is just cool, unique and is a very interesting experience. The food is amazing and the people are crazy, but in a good way. Suzuka has some old school characteristics, which I really enjoy.

“It’s fast and flowing, while also quite raw and bumpy. I like the corner combinations at Suzuka. It’s up there with one of the best circuits as it has a bit of everything and that’s what we love. Our focus is on Japan and ensuring we do a good job there. It’s important we come away with something to keep in the race for fourth. We know it’s going to be tough, but we won’t give up.”

Nick Chester, Chassis Technical Director: “The drivers enjoy Suzuka as it’s a good, old school racing track. Many regard it as one of the best tracks on the calendar. It’s very long at 5.807km, with lots of elevation changes, long straights ending in tight chicanes or hairpins and interesting corners.

“It’s a challenge to get right, requiring strong front-end grip for Sector 1 with high speed change of direction but with enough stability to give driver confidence. We are bringing a new front wing to Suzuka. We also have a new chassis wing – externally the changes are pretty subtle, but we expect more downforce and grip as a result.”