Marko: In part, Max is right 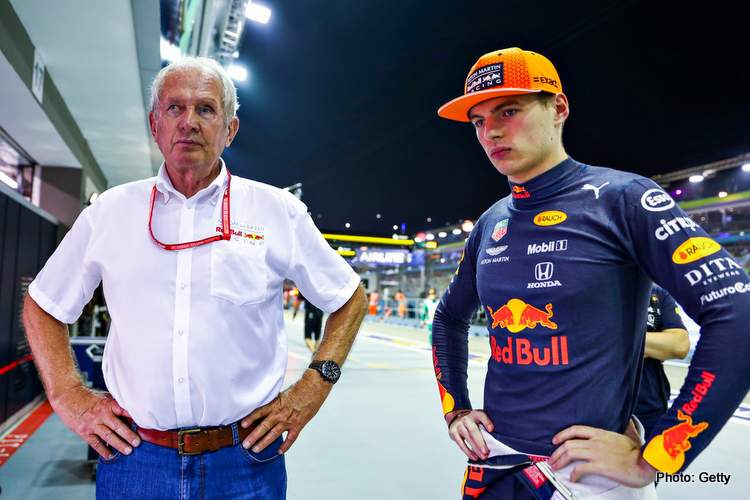 Red Bull consultant Helmut Marko says he has no issues with Max Verstappen’s recent criticism of the team as they struggle to keep up with Ferrari and Mercedes in this latter half of the season.

“In the second half of the season you would expect that we would get better, but so far that has not really happened,” the Dutch driver told his own website.

That criticism, coupled with even harsher criticism made by Verstappen’s father Jos, comes just days before engine partner Honda’s home race at Suzuka.

But Marko told Auto Bild: “In part, Max is right. But, he twice ended his race in the first corner, those things can happen. Fundamentally, at Red Bull we want drivers with their own opinion and they should also be able to express that opinion. It’s no problem.”

Verstappen is at least looking forward to a step forward at Suzuka in the form of Mobil’s new fuel. Over the years, the fuel updates have delivered the most for every engine supplier. If we can win one or two tenths, that’s quite a lot.”

While Red Bull is seen to be pinning its hopes on Honda’s home Japanese Grand Prix, and then other opportunities at some of the other remaining races, for more wins.

As for Suzuka, he was wary, “We must not create false hope. I don’t expect it to be a magical weekend. We are simply behind them.”

Former F1 driver Jan Lammers told the Dutch broadcaster NOS: “During the season we have seen Red Bull develop, they started winning races and people started to think great things were coming if they continued.

“But then Ferrari came up in one hit, they are now very strong in qualifying and also the race, and Red Bull is suddenly the third team again,” he added.

Verstappen told Algemeen Dagblad newspaper: “These are not the most competitive weeks for us, but sometimes that’s part of it. You can only get the best out of yourself and not try to control the other things.”