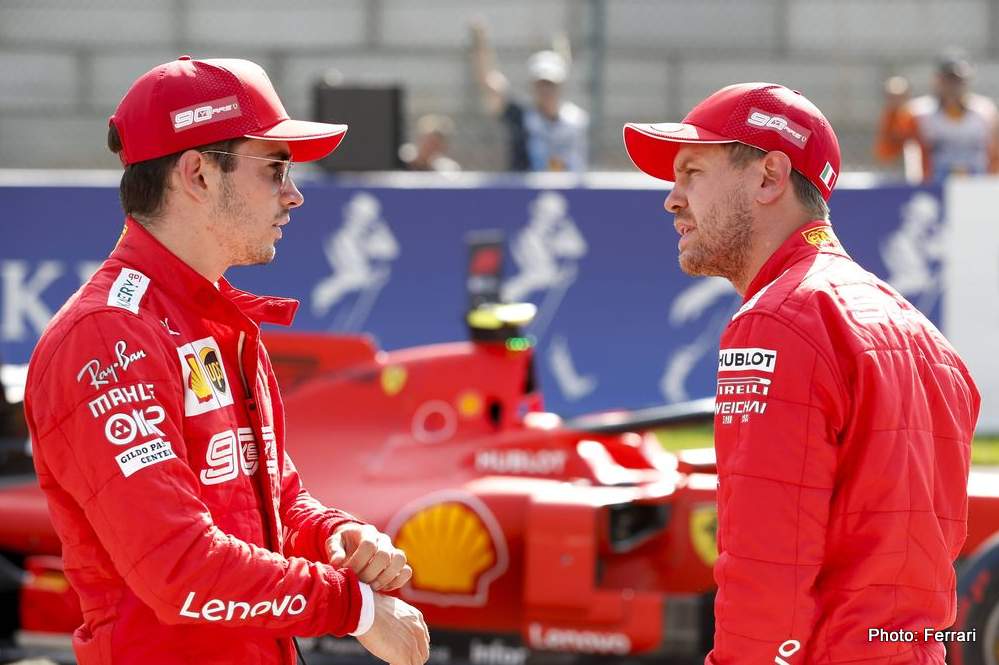 Double Formula 1 World Champion Mika Hakkinen gave his take on the Russian Grand Prix in which Ferrari dropped the ball yet again and Mercedes were on hand to reap the rewards.

Much has been written about how the Scuderia imploded in plain sight on Sunday as their drivers went to war and, as a result, a race that looked like a certain one-two for the Reds ended with a measly third place for Leclerc and Vettel with a DNF handing the one-two to Mercedes.

Hakkinen reflected in his Unibet column: “The Russian Grand Prix was a triumph of strategy and teamwork by Mercedes Benz, they beat Ferrari in spite of the fact that the Italian team’s cars were once again faster, helped by a technical failure on Sebastian Vettel’s car which resulted in teammate Charles Leclerc losing the race and finishing third.

“After the difficult result in Singapore, when Mercedes’ strategy went badly wrong, it was always likely that they would work hard to recover their winning form. In Sochi it was clear after practice that the Ferraris were quicker, so Mercedes opted to take a gamble by qualifying on medium compound tyres in the second part of qualifying. This meant they would start the race on mediums, while Ferrari was committed to softs.

“Mercedes’ strategy was to start the race on the slower tyre, run as long as possible, and then hope for a Safety Car or Virtual Safety Car which would play into their hands. Making a pit stop under these conditions could give you a 10-second advantage in Russia. That’s a huge opportunity.

“This plan worked out perfectly and, sadly for Ferrari, it was the failure of Vettel’s car which handed the strategic advantage to Mercedes and allowed both Lewis and Valtteri to jump in front of Charles.

“This is when the teamwork really kicked in because Valtteri’s job was to defend second place from Charles, who had made a second pit stop and moved back on to another set of softs. Valtteri did this perfectly. He is a good overtaker, but he is also excellent at stopping anyone coming past!

“Sochi is a track on which he has traditionally shown great performances, including winning there in 2017, so he did a perfect job in protecting Lewis and ultimately enabling a 1-2 result for Mercedes.

“After starting from pole position – his fourth pole in a row – Charles Leclerc had every right to expect a great result on Sunday, but it all went wrong when he agreed to give Sebastian a tow down the long straight to the first proper corner,

“Turn 2. In agreeing to give Sebastian the lead it opened up the opportunity for him to control the race, which he did perfectly.

“There is tension in Ferrari between the drivers, and Charles is learning some tough lessons. Including the fact that Sebastian did not win four World Championships by being a pushover. Compared to Mercedes, Ferrari does not yet have the perfect teamwork between the drivers, and they need to do that if they are going to win consistently. Fighting inside a team never works.

“Russia saw a strong performance from McLaren, particularly at the start of the race when Carlos Sainz and Lando Norris were both pushing the Mercedes drivers at the first corners. They qualified 6th and 8th and finished in those positions, giving McLaren a strong 4th place in the World Championship for Constructors behind Red Bull Racing.

Only five Grands Prix remain this season, and next, we are off to Japan for one of my favourite events at one of the best tracks in the world – Suzuka. The close battle between the three top teams will continue, with Ferrari’s speed and acceleration likely to give them an edge which may force both Mercedes and Red Bull to once again look for alternative strategies.

The inter-team battle at Ferrari may continue, but if they can resolve that and find a way to work together, then Mercedes Benz will have a real battle on its hands. Not just in Japan, but for the rest of the season.

Big Question: Does Charles really have the measure of Seb?