Abiteboul: It was a lost opportunity with McLaren 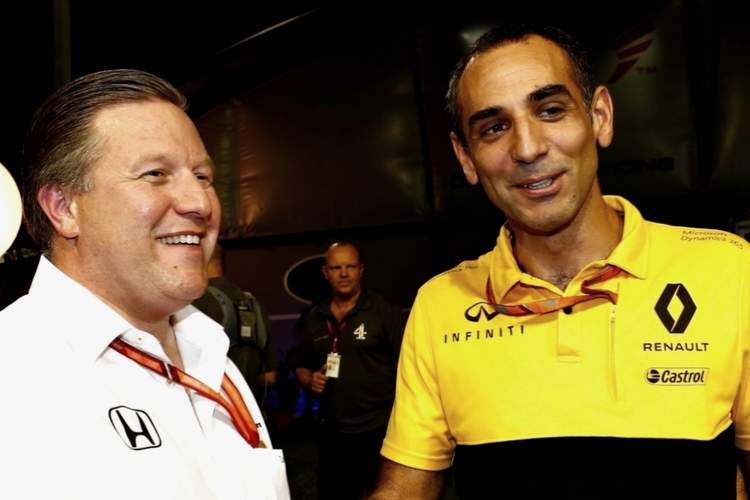 Abiteboul also shed light on the fact that McLaren shunned a proposal to co-operate more closely with Renault and rather opted for a return to Mercedes power, thus leaving the French Formula 1 engine supplier without customers.

Abiteboul told Racer in a recent interview, “I think we would have been stronger together on the basis of our approach to the partnership

“So, obviously without that, we are weaker than what we could have been and it’s a lost opportunity, but it’s not like it’s something that is putting us massively in a different position to the position we are in today.

“Right now there is nothing happening between us and McLaren on these types of things, so there is no change and there is no improvement, but there is no degradation either. We just need to get our act together and keep on working in the usual way.

“Except that what we [proposed] to McLaren was a bit unusual, a bit more open-minded about the way teams can cooperate. We have got the fantastic model of Haas and Ferrari and apparently they have managed to make it work again, and it was just a different model of collaboration between two teams.

“So it was a lost opportunity, but we also know what we have to do and we are completely geared up to be capable of walking as a standalone team in all aspects.”

Meanwhile, there are reports suggesting that Williams could be forced to switch to Renault for 2021, as the current rules limit each engine supplier to just three customer teams.

But Mercedes boss Toto Wolff seems happy with four tri-star powered teams on the grid, “More customers, more data. We already noticed that in 2015 and 2016, when we had four teams with Force India, Williams and Manor.”

Abiteboul explained his operation to Auto Motor und Sport: “We are differently set up to Mercedes. They build everything themselves in Brixworth, but most of our parts are made externally. We then sell the engine to the customer under FIA rules. We make no money from engines.”

On the option that Renault could push to secure at least one customer team, Abiteboul insisted: “We will not force anything, “We would only do something with another team as part of a strategic partnership.”

Big Question: Have McLaren done the right thing to ditch Renault for Mercedes?