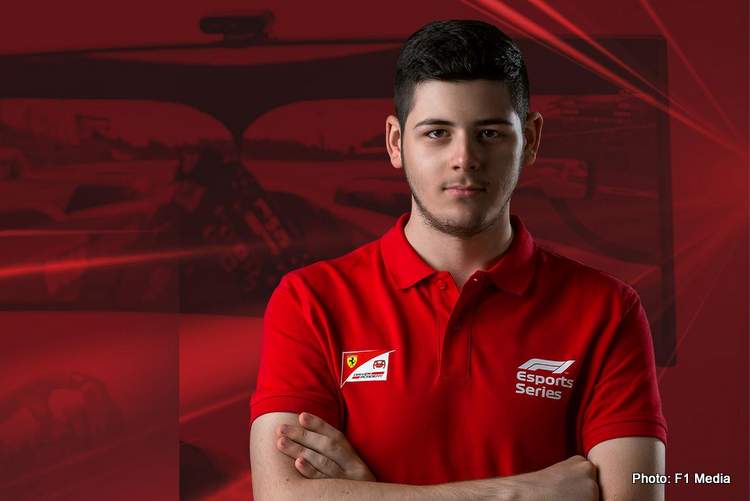 Ferrari’s David Tonizza stayed ahead in the Formula 1 esports Pro Series but Red Bull topped the teams’ standings after an intense Wednesday night of action.

The second live event of the 2019 virtual F1 championship ended with Italian Tonizza on 104 points, 12 clear of Red Bull’s Danish gamer Frederik Rasmussen who had been 22 behind after round one.

Ferrari, in real-life F1’s oldest and most successful team, are competing in the esports championship for the first time.

Last year they were the only one of the 10 F1 teams to shun the series, now in its third season as a drivers’ championship and second for teams.

Two times champion Brendon Leigh, for Mercedes, regained some form with a second place in Canada and the Briton wrapped up the evening fifth overall but 56 points adrift of Tonizza.

This evening’s live event was hosted at the Gfinity Esports Arena in London and saw all ten official F1 Esports teams battling it out head to head on F1 2019, the official F1 videogame developed by Codemasters, for the second of four times this season.

The first race of the night saw the drivers take on the Circuit Gilles Villeneuve, in Montreal, Canada. Tino Naukkarinen and Jarno Opmeer went head to head in the first wet race of the series so far, with the Finn receiving a 3-second penalty for colliding when entering the pits.

The second Grand Prix of the evening took place at the Red Bull Ring in Spielberg, Austria, which proved to be a dramatic and tricky race for the drivers. Tonizza bounced back to snatch pole position and, with multiple penalties given throughout the race, was able to hold Rasmussen at bay, blocking Red Bull the home victory they wanted. The Dane finished a close second with Marcel Kiefer taking 3rd position.

Silverstone set the stage for the event’s final race of the night with an exhilarating battle between some of the top teams. However, a surprise win for SportPesa Racing Point F1 Esports Team put Marcel Kiefer on the top step on the podium in their first win of the series so far. Marcel was closely followed by Rasmussen in 2nd and Daniel Bereznay in 3rd.

With the dust barely settled on an incredible evening, attention now shifts to the next live event on November 6 and all things to play for ahead of the final on December 4 to win a share of ultimate prize fund of half of million dollars.

Red Bull Racing Esports Team will look to defend its position at the top of the team standings in the face of fierce competition. Likewise, David Tonizza will seek to maintain his lead, with all the action set to take place in Germany, Belgium and Italy.

Up the inside at Stowe 💯

Following this evening’s show, the overall standings are as follows: 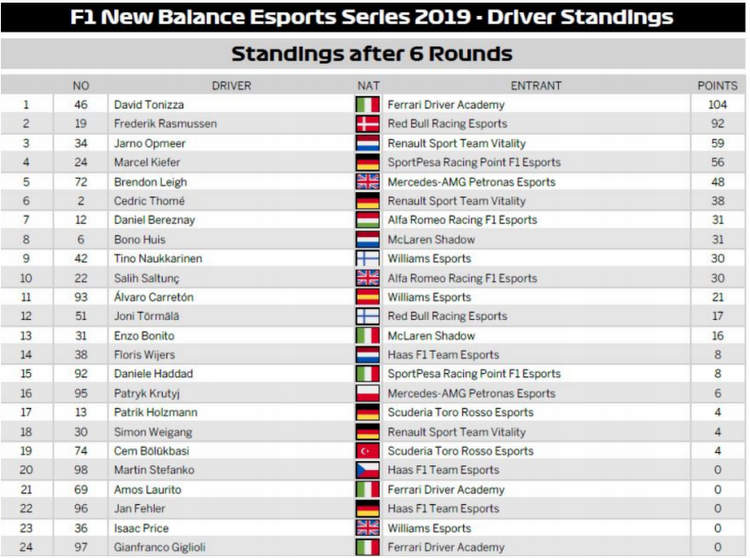