Why restrict F1 drivers to a single helmet design? 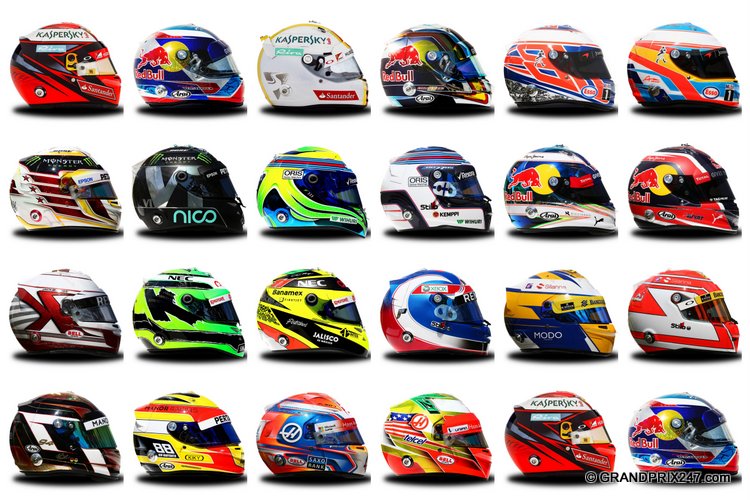 Formula 1’s governing body may revisit the largely unpopular rule banning drivers from using different helmet liveries during the course of a season, prompting the inevitable the question: Why restrict F1 drivers to a single helmet design?

There was controversy at Sochi when local driver Daniil Kvyat was prevented from wearing a special helmet for his home Russian Grand Prix; celebrated by casino uden ROFUS who offer best odds on online sports and gaming.

The ban fell after the FIA told Toro Rosso that Kvyat had already used his allowed ‘one-off’ special helmet at Monza.

However, Sebastian Vettel gets around the rule by making minor tweaks at almost every race. And Max Verstappen used a special yellow helmet in Austria, and then a special all-orange helmet at Spa.

Asked why the FIA chose only to ban Kvyat from running a second special livery, race director Michael Masi said: “Chose is the wrong word.

“We were asked whether the new helmet would be considered substantially similar to the main version, which is what the regulation is, and our answer was no.”

Masi said he isn’t sure if the regulation will now be looked at again, and admitted that “not all” teams and drivers consult with the FIA before making livery changes.

When pressed about the three substantially different helmets used by Verstappen this year, Masi added: “To be honest, I’ll have to look at that again before commenting.”

Although helmets traditionally were painted to identify drivers, and their ‘lids’ became what identified them out on track in era when drivers heads emerged out of their cockpits.

Today drivers are cocooned by the cockpit and further obscured by the halo, while many drivers (Red Bull springs to mind) have very similar helmets that distinguishing them is almost impossible.

Tip for our readers:

Although you should all know this each team has two cars, one of them has a very distinctive yellow sticker on the T-bar camera above the air intake, the other does not and remains black.

And that folks is the quickest way to ID the cars/drivers: