Wolff: We’ve got to see how Formula 1 develops 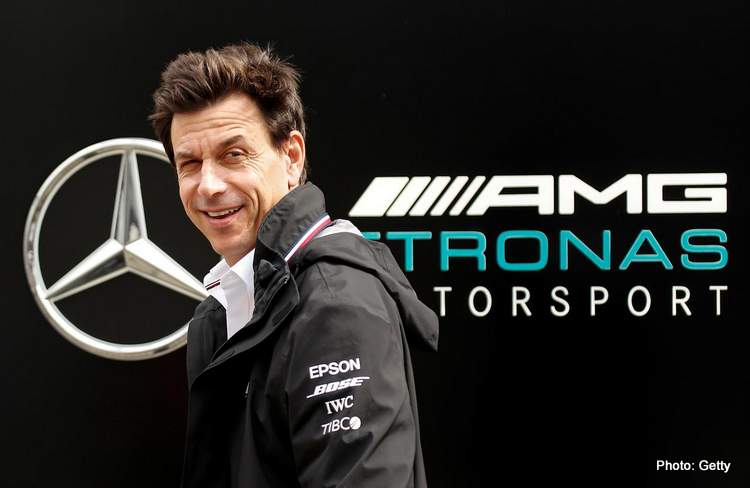 Motorsport head Toto Wolff has said new engine deals with McLaren and Williams are not linked to Mercedes’s future in Formula 1 as a works team and the brand’s involvement in the all-electric Formula E series.

Mercedes and McLaren announced an engine supply deal from 2021 until at least the end of 2024 at the Russian Grand Prix on Saturday.

The German manufacturer had previously extended the Williams contract through to 2025.

Asked whether the deals might reflect planning for a future where Mercedes focused on supplying engines rather than running a works team in F1, Wolff told Sky Sports television there was no connection.

“One is not linked to the other. I think we’ve got to see how F1 develops and we are at a crucial time now to see where the regulations go and how it all pans out,” said the Austrian, principal of the Mercedes Grand Prix team. “Its a different topic in supplying customers, which is a standalone decision.”

F1 is set for a major shake-up in 2021 with new regulations designed to make the sport more competitive along with the introduction of a budget cap. A new commercial agreement has yet to be finalised, however.

Mercedes, the home of world champion Lewis Hamilton, have won the F1 drivers’ and constructors’ titles for the past five seasons and are making their debut in Formula E in November.

Wolff said he and Niki Lauda, the team’s late non-executive chairman, used to have ‘big discussions’ about whether Mercedes should supply other teams or just concentrate on the works outfit.

“Since then times have changed a little bit. We believe that the learning curve is steeper with having more engines out there,” he said.

“You saw that we had some failures on (Robert) Kubica’s (Williams) car in Spa and on (Sergio) Perez’s (Racing Point) car in Monza and that is part of the learning process.

“It is a cash topic also, one more customer means better cash flow for Daimler (Mercedes’s parent company) overall and we are up for the challenge. McLaren is a great team and a good group of people.”

Mercedes engines look set to be supplied to four of the 10 teams in 2021, with Racing Point currently using them along with the world champions.

Big Question: Are Mercedes starting to plan for life beyond F1?