The Day After: From Russia With Love 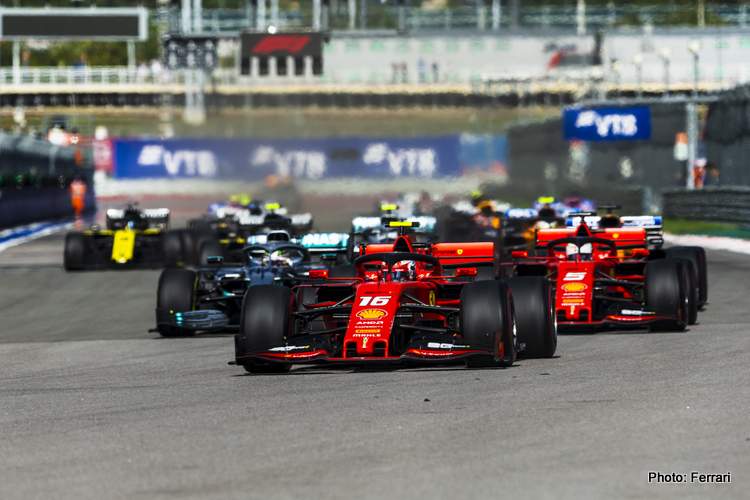 The beneficiary of a strange series of circumstances, Lewis Hamilton managed to take an improbable victory while tensions flared at Ferrari on Sunday in Russia.

It might not be among F1’s most popular tracks, but boy, does Sochi deliver the drama.

A year removed from Valtteri Bottas being asked to move over for Lewis Hamilton, we were once again treated to a bit of good old fashioned beef between teammates, this time between Sebastian Vettel and Charles Leclerc.

Even if it was ultimately Vettel’s MGU-K failure that cost them the victory, it’s no surprise this is the biggest story of the race. We’ve spent basically all season discussing how Ferrari could manage two superstar drivers in the same team, and here in their first real test, it turns out they couldn’t.

Whatever agreement they had here in Russia about swapping places after Vettel slipstreamed past Leclerc at the start, it quickly broke down in the heat of the race, while Mattia Binotto and co proceeded to only made things worse.

Say what you will about Vettel, but one thing is for sure: the man has never considered himself a number two driver. Evidently, he believed conceding his lead under this particular set of circumstances would constitute as much.

From Vettel’s perspective, as much as Leclerc had done him a solid at the start, it wasn’t like the Monegasque had much of a choice, either – it was either give his teammate the tow, or Lewis Hamilton. Add to that the fact that he was fast enough to keep his lead on merit, and Vettel ostensibly thought he shouldn’t be made to bend over backwards for a teammate who would’ve done exactly as he had, regardless of direction from the pit wall. I’d say it’s a pretty fair point.

Nevertheless, Ferrari were determined to give Leclerc back his lead, even if it meant essentially sabotaging Vettel’s race, which they did by extending his first stint well beyond its use-by date to engineer the swap in the pits. Naturally it came back to bite them in the backside when Vettel pulled over on lap 27, and the Scuderia leave Russia with two unhappy drivers regardless.

Amidst all that of course, now Mercedes and Hamilton have one hand and approximately three fingers on the championship. They say the rich get richer, and that certainly applies to Mercedes after Sunday.

Lost in all the hubbub out front, Valtteri Bottas did an excellent job keeping Leclerc behind after the safety car period. Provided the exact sort of rear-gunning Mercedes needed from him.

Love this photo of Hamilton hugging the inflatable Babushka doll, still not loving the haircut, though.

Ferrari’s antics weren’t the only bizarre happening on Sunday, as Robert Kubica was apparently retired by Williams to “conserve parts” for the rest of the season. If that doesn’t speak of a team in crisis, I don’t know what does.

From a pit lane start to fifth at the flag, Albon had quite a day, including this pass on Pierre Gasly – you know that felt good!

Both for the MGU-K failure and trying too hard to appease Charles Leclerc, the Scuderia really made a fist of it.

“Then tell him to close up” – Sebastian Vettel, a man with a different plan.