Williams: We are under no illusion tomorrow will be difficult 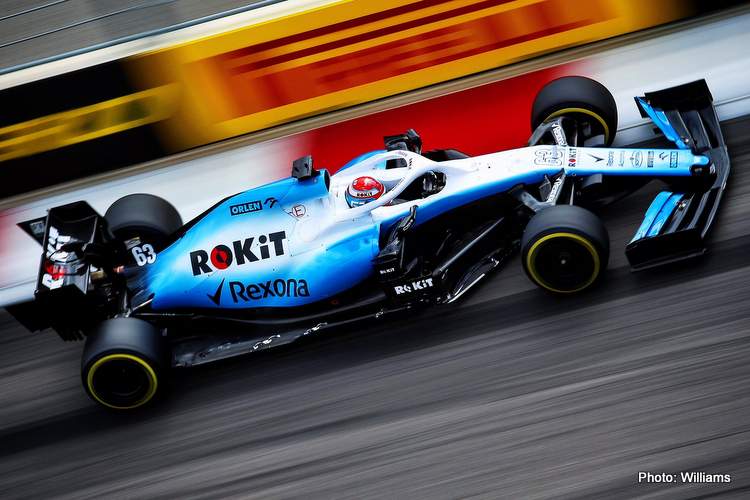 Williams report from qualifying for the Russian Grand Prix, Round 16 of the 2019 Formula 1 World Championship, at Sochi Autodrome.

Dave Robson, Senior Race Engineer: “By the start of FP3 the track had dried following overnight rain and the morning rain, which had been forecast earlier in the weekend, simply didn’t arrive. This allowed us to complete a normal FP3 programme during which we finalised our preparations for qualifying.

“The small changes to the car set-up and tyre preparation, which we implemented overnight, were effective and both drivers were happier than on Friday.”

“Qualifying was slightly disrupted by a red flag, which caused us to alter our plans for the second runs. Robert was able to leave early when the session restarted and gave himself the chance to complete a run of three laps whilst George opted to wait in the garage and complete only a single lap. Both were able to set their best qualifying times on these runs.

“The starting grid will get a little reshuffled as grid penalties are applied but we are under no illusion that tomorrow will be difficult. However, it is a long race and it easy to make mistakes at this circuit and so we will look to have clean races, quick pitstops and a strong strategy.”

George Russell: “I think that was a good session. In Singapore we had a load of traffic on the out-lap. We planned to get out there ahead of the pack this time, but as soon as everyone else comes out of the pitlane it was a little bit too late for us, but it didn’t end up compromising us.

Robert Kubica: “It’s always nice to drive new circuits. Most of the corners are quite similar to each other, they are very short so you must carry speed with good stability. Overall it is a challenging track, especially when you struggle with entry balance. It has been a difficult weekend so far, and I expect tomorrow to be the same.”