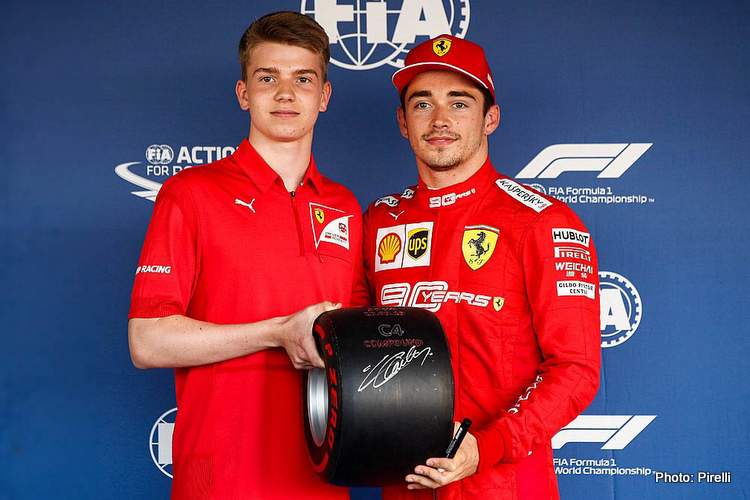 Charles Leclerc drove his Ferrari to his fourth pole in a row, using the soft tyre throughout Q2 and Q3. Mercedes, by contrast, was the only team to use the medium in Q2, and both their cars will start the race on this compound tomorrow.

Leclerc starts ahead of Mercedes driver Lewis Hamilton, while the Ferrari of Sebastian Vettel and Red Bull’s Max Verstappen were third and fourth fastest respectively.

As has traditionally been the case at the 53-lap Russian Grand Prix, a one-stopper is going to be the quickest strategy – but which one stopper?

In theory, the fastest way is to start on the soft for 15 to 19 laps and then go to the hard. In practice, there might be an advantage to start on the medium instead for 14 to 22 laps and subsequently switch to the hard. This strategy also offers more flexibility in the event of a safety car, for example.

A slightly slower one-stopper is to start on the soft for 22 to 26 laps and then switch to the medium for the rest of the race: this would probably require some degree of pace management.

KEEP AN EYE ON

“There’s an intriguing strategic battle in store tomorrow, with Mercedes being the only team to select the medium tyre to set their fastest Q2 times. There was some overnight rain that reset the track for FP3 and qualifying, causing a bit of track evolution, but no further rain during the day.

“If the rain continues to hold off, we can expect a more stable track tomorrow, with a one-stopper being clearly the way forward. However, we’re likely to see many different permutations of one-stopper, using all three available compounds. Sochi is not the easiest of circuits to overtake on, so we can expect a big tactical fight in the pits and on the track tomorrow.”