Morning After: Where Do We Stand? 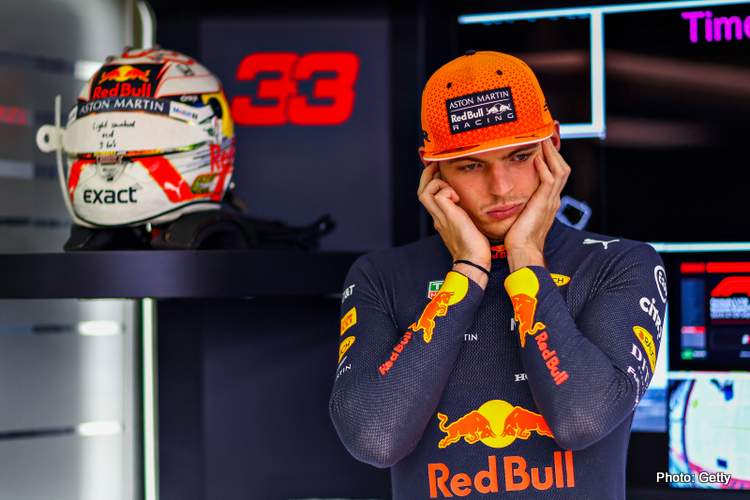 A day that saw mixed signals from each of the big three teams, it’s all still to play for this weekend in Sochi.

Last week in Singapore, Friday practice might have turned out to be somewhat misleading, but at least you could try to make sense of it – good luck doing it with this one.

Sure, Max Verstappen is out in front with his 1:33.162 three tenths faster than Charles Leclerc in the Ferrari, but with Mercedes not quite in the mix, Singapore winner Sebastian Vettel a full second slower, and long-run times that are all over the place, you’d have a better chance trying to make sense of Rich Energy’s business model.

If I had to make a bet – and factoring in Verstappen’s impending grid penalty for his new ICE – I’d go with Ferrari, if only because Leclerc already seems to be right on it. Still, it would be no great surprise to see Mercedes return the favour from last weekend and show-up Saturday with a suddenly front-running car, but for now, it’s the Scuderia’s to lose.

1:38.669. Charles Leclerc’s average time in a four-lap “race sim” on soft tyres – obviously not a lot of laps, but Lewis Hamilton, Valtteri Bottas, and Max Verstappen all did similar-length stints, and all were slower.

Not a great day for Alex Albon, who was unable to set a quick lap after damaging his floor early in FP2. Add-in that like Verstappen, he is also taking a grid penalty for a new ICE, and this weekend looms as a particularly tough test for any driver, let alone a rookie.

The big news to come out of Sochi on Friday, it seems McLaren are set for a return to Mercedes power in 2021. Obviously it’s still not ideal to be a customer as a team with championship ambitions, but the Renault deal always seemed like a stop-gap measure after the Honda deal fell apart, and as Joe Saward pointed-out, it probably puts them in a better position to sell themselves to a future manufacturer.

Even more positive news from the family of Juan Manuel Correa, with the young driver now “fully conscious” after his accident in Belgium. Hell of a fighter, that kid.