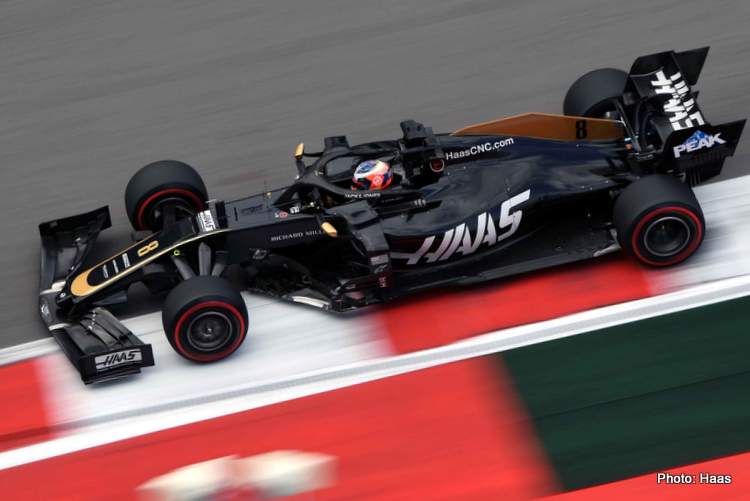 Taking the Russian Grand Prix pole and for the fourth race in a row was Charles Leclerc of Scuderia Ferrari, whose fast Q3 lap of 1:31.628 beat second-place qualifier Lewis Hamilton of Mercedes by .402 of a second.

It was Leclerc’s sixth career pole and his sixth of the season. The Sochi qualifying record of 1:31.387 set by Hamilton in Q3 last year remained intact.

Romain Grosjean, 9th: “It was a good qualifying session today. It was very difficult as the wind picked up a lot from FP3, that really put the balance off initially in the session. I was happy that we managed to finally get back into Q3.

“The balance was very different between some corners, maybe I need an adjustable front wing, that would help. But seriously, we know the hybrid car we’re running doesn’t really like the wind, it was always going to be a bit of a challenge. We’re just happy that we were competitive today. Race pace was encouraging, so I hope we get a good one tomorrow.”

Kevin Magnussen, 14th: “It was a strong Q1, but then just messed it up in Q2 on my side, I lost it in seven and eight. I had very good pace in the car, so it’s a real bummer. I don’t know how the race will go. It looked good yesterday in terms of race pace, so we’ll see what we can do tomorrow.”

Guenther Steiner, Team Principal: “Not bad starting positions. We didn’t expect this, but we never expect anything. We’re pretty happy with these positions.

“We were happy to get into Q3 with Romain (Grosjean), who’ll start eighth now, and unfortunately Kevin (Magnussen) had a gust of wind at Turn 10 on his Q2 run otherwise I think he’d have made it into Q3 as well.

“At the moment we’re content with what we’ve got. We’ll try to have a good race tomorrow and hopefully we can bring some points home.”