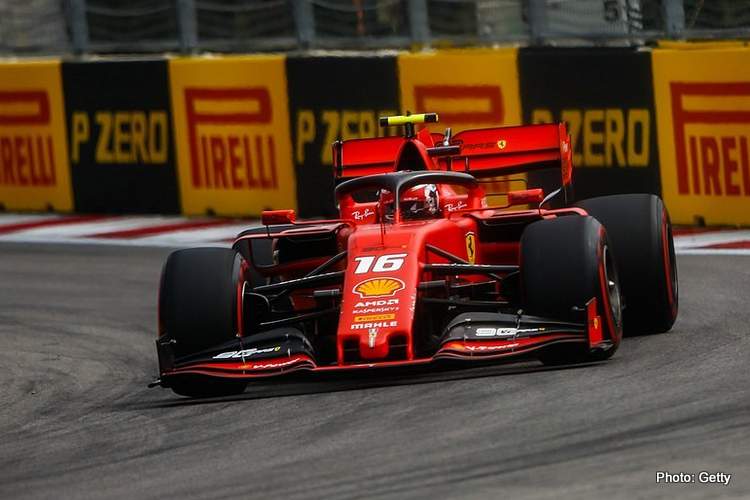 Charles Leclerc set the pace in the first free practice session of the Russian Grand Prix weekend, Round 16 of the 2019 Formula 1 World Championship, at Sochi Autodrome.

The Ferrari driver ended the session with a best lap time of 1:34.462 which was eight-hundredths of a second better than Max Verstappen in the Red Bull. Sebastian Vettel was third fastest albeit half a second shy of his teammate in top spot.

Valtteri Bottas was fastest of the Mercedes pair, a couple of tenths of a second up on teammate Lewis Hamilton but three-quarters of a second shy of the top time. Powder dry springs to mind.

Alex Albon was sixth albeit a full second down on Verstappen in the sister car.

Renault were best of Rest with Nico Hulkenberg in seventh, 1.2 seconds down on the benchmark but half a second up on teammate Daniel Ricciardo.

The Aussie made a mistake under braking in Turn 10, spun around and rear-ended his car into the barriers and broke its rear-wing.

Sergio Perez was ninth in the Racing Point, ahead of Haas driver Romain Grosjean rouned out the top ten.

Local hero Daniil Kvyat is having a torrid weekend and it has hardly begun. Engine penalties mean he will start from the back of the grid on Sunday no matter what and, to make matters worse, in the 90-minute morning session he ground to halt with a PU issue. He only managed five timed laps.

Worth noting, the track was green and slippery and, by qualifying, it would not be a surprise if they dip below 1:30 as it is still very early days, with the racing line set to rubber in as support categories use the track between sessions. 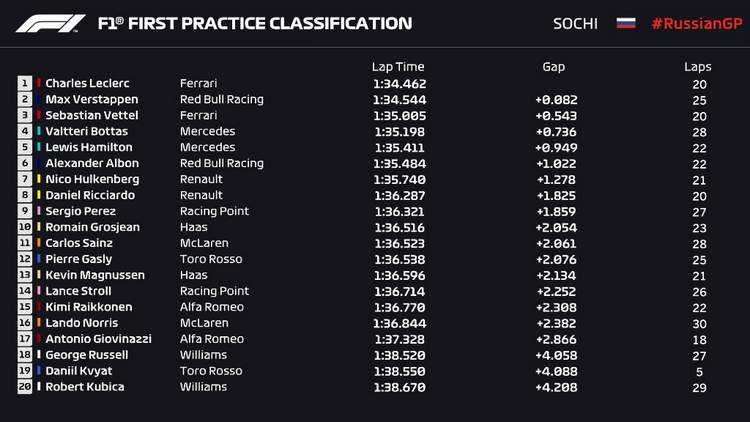