Sochi Formula 2 Preview: De Vries in the throes of title 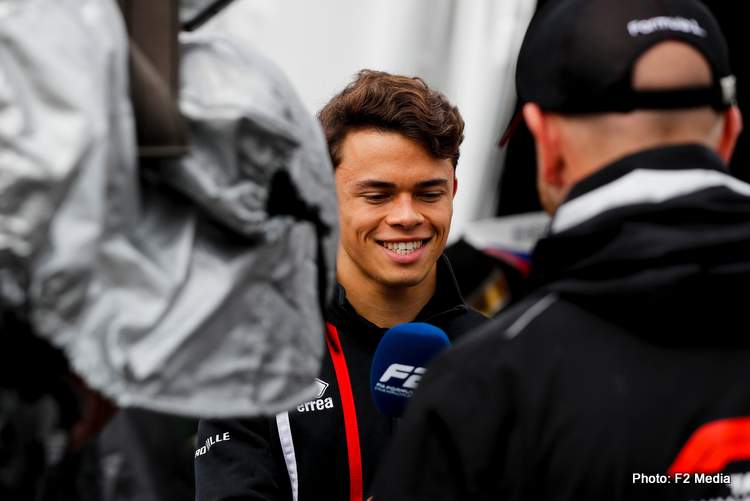 The FIA Formula 2 Championship visits the Black Sea coast for what could be a title-decider at the Russian city of Sochi for Round 11 of the championship.

Last time out, home hero Luca Ghiotto gave the passionate Monza faithful reasons to cheer when he went fastest during the morning practice, only for Callum Ilott to grab his maiden pole position in a rain-affected qualifying session.

The Ferrari Academy junior dedicated the spectacular effort to teammate Juan Manuel Correa, who remains in hospital in a serious condition following the tragic events in Belgium. Nobuharu Matsushita took top honours in the Feature Race to record the fourth victory of his career, before Jack Aitken also made it four career wins on Sunday by winning the Sprint Race.

Two third-placed finishes for Nyck de Vries (225 points) sees him extend his lead in the Drivers’ Championship over Nicholas Latifi (166) to 59 points. Should things go his way this weekend, the Dutchman could lift the trophy and cap off an impressive season.

The Sochi Autodrom welcomes the penultimate round of the championship, the 5.8km layout weaving through the city’s Olympic Park. The circuit blends high-speed and twists and low-speed turns, and as such the teams will need to find the right balance to make the most of Pirelli’s medium and supersoft compound tyres. Strategy will make all the difference, not just on track, but in the championship standings as De Vries looks to take the crown. It all makes for yet another exciting F2 weekend!

Sérgio Sette Câmara, DAMS: “Sochi is a relatively new track for me. I’ve only been there once, when F2 was there last season, and it’s a track that I need to learn to know all the tricks. I’m not happy with how I did there last year, but I still ended up getting good results.

“I don’t consider it a fast track. Sector 1 and 2 are more medium-to-high speeds, but then Sector 3 is a super-tight section with slow corners. It’s also quite bumpy, even though from the outside it looks like it’s from a video game-like Le Castellet or Yas Marina.

“It’s difficult to get your set-up for, and the bumps don’t help with the entry stability in corners. Because of the contrasts of speeds, you need to try and find a good balance between high-speed and low-speed, plus it’s Russia and although we are in the south it can still be a bit cold.

“It’s one of the most difficult races. You tend to grain your tyres during qualifying on the long left. You stress them for so long and then there’s a right-hander after, so you’re constantly loading the tyres for around seven or eight seconds. You have got to start the race on those tyres.

“You have to stay out of trouble, especially at the start. If I’m not mistaken I think I qualified eighth there last season which was my worst qualifying position, but it was also in the top five weekends when it came to points scored. That’s how much mess there can be.

“Unlike most other circuits, in Sochi we have a flat-out right-hand corner after the start which means we approach Turn 1 at very high speeds – more than usual. It can be chaos, so you have to stay out of that!”

Mario Isola, Pirelli Head of F1 and Car Racing: “Russia started off as a very smooth track when it was first built, but over the years the surface has matured to offer more grip. The surface is still quite smooth, which means that together with the track layout, Sochi is not especially demanding on tyres. As a result there are a number of strategic options open in Formula 2.”

In order to win the championship in the Feature Race on Saturday, De Vries needs to: