Honda: All four of our cars are fitted with new Spec 4 ICE 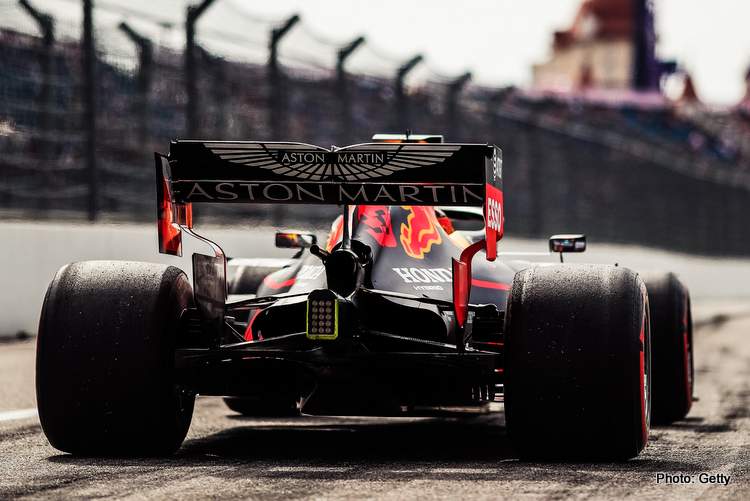 Aston Martin Red Bull Racing ended Friday practice on top in Russia while Toro Rosso was also represented in the top six on a strong start to the race weekend.

The opening practice session saw Max leading the way for the Honda-powered teams with the second fastest time, less than 0.1s away from Charles Leclerc. Alex was a solid P6 on his first visit to Sochi in Formula 1, while Pierre set the 12th fastest lap of the session.

Unfortunately for Daniil, a technical issue caused him to stop on in the final sector after just five laps, and he was unable to run again. However, investigations between sessions confirmed there were no power unit concerns and he was able to continue using the same PU for FP2.

In the afternoon, Max went comfortably quickest as he led the field by over 0.3s, but Alex had an interrupted session after he picked up floor damage when running wide at Turn 4. That confined him to the garage for a spell, and his low fuel laps late in the session were hampered by traffic as he ended up P10.

Pierre enjoyed a strong FP2 as he set the sixth fastest time at the head of the midfield, while Daniil made up for some of his lost running in the morning as he ended up 12th, just 0.3s off his team-mate.

Toyoharu Tanabe, Technical Director: “All four of our cars are fitted with new Spec 4 ICE this weekend, as part of our PU management plan for the rest of the season. Kvyat also has other new components that make up the PU, which means he will start from the back of the grid, while the other three drivers take a 5 place grid drop.

“In FP1 with Kvyat and in FP2 with Albon there were issues on the car, which cost us some track time, so it was not the smoothest of days. However there were no problems on the PU front. Although it is only Friday, it was good to see Verstappen at the top of the time sheet and Gasly’s sixth place in the close mid-field is also encouraging.”