Haas: It looks a little better than previous Fridays 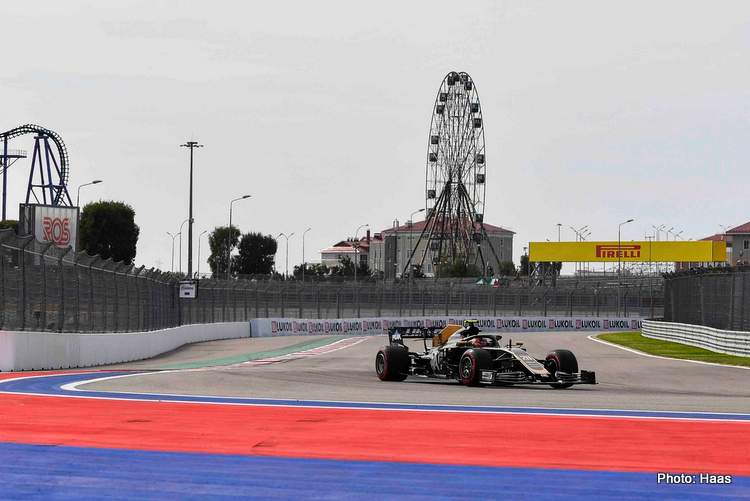 Both Haas F1 drivers took to the track for FP2 on Yellow medium tires for their initial runs before switching to new sets of softs for their fast laps. Magnussen’s 1:35.351 on his 12th lap of the session was 13th on the final timesheet, Grosjean’s 1:35.593 was 16th overall.

Both drivers finished the session on high-fuel, race-simulation runs using a combination of their soft and medium tires on which they started the session. Magnussen completed 26 laps, Grosjean 31.

Romain Grosjean: “It was actually pretty good today. I was P10 in FP1, then in FP2 I didn’t get a lap in on the soft tires – I had a few issues, I pushed the rear of the ride height as low as I could but that created some locking. I think though it was a pretty good day. The long run pace didn’t look too bad and the car felt okay. We did a bit of aero testing today also, changing the front-wing and stuff like that. We’re working on a few things we can do for tomorrow, but we’re quite happily surprised.”

Kevin Magnussen: “Not too bad, not too good. I think we’re kind of where we expected, I guess. We looked okay on the long run, at least on the first stint, we didn’t really do too much on the second stint. We extended the first run to try and learn more about the soft tire.

“It looks okay, but it could be better. We need to keep learning all these upgrades and analyze all our data, but I’m hoping we can get to where we can just concentrate from a performance point of view.”

Guenther Steiner, Team Principal: “It was a productive Friday for us today. There were no issues, we got a lot of running in, a lot of data in, and a lot of learning. The pace seems to be a little bit better than it’s been in the last races. Let’s see what we can do tomorrow, but it looks a little better than previous Fridays.”